A maters class with the directors and animators from “WolfWalkers.” 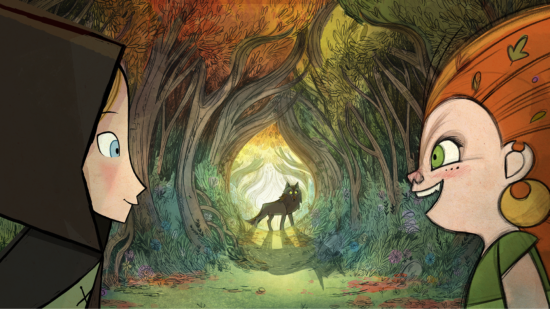 Wolfwalkers (Apple movie, GKIDS)  is an animated film that came from the studio out of Ireland, “Cartoon Saloon,” which involves a young girl that wished to be a hunter by the name of Robyn that crosses paths with a half-wolf, half-human child by the name of Mebh. 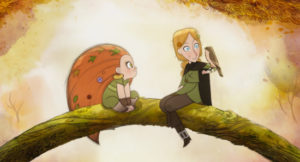 The studio held a master’s class over Zoom that had various artists from their team show the drawing process of how they draw their characters in a professional setting. The animation is very heavily based on what has been coming out of Europe as of late with a very stylized but detailed with a solid sense of flow and evolution of the medium as the characters evolve as well, and you could see that in the artist’s scope for the design of the movie. The Zoom class happened on the 21st of March and lasted for about an hour. 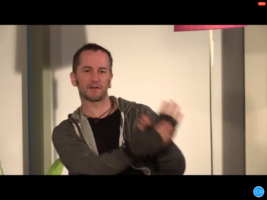 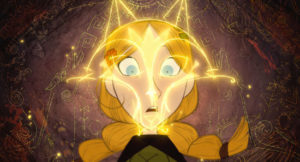 Overall I was pleased with the question and answers part from the directors Tomm Moore and Ross Stewart helped give pointers on their design process and how to draw the wolves from the movie, Robyn from the film and how they used a blocky structure at first to build her and then softened the design as the motion carried on and also an extraordinary showing on how they built up the backgrounds for the movie as well.

The art kit that they provided to attendees of the webinar came with an excellent journal and colored pencils. 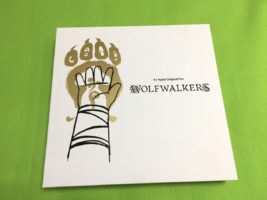 Wolfwalkers is available at Apple TV