“A Walk in the Woods” star Robert Redford says, “I don’t believe in bucket [lists]. Just keep doing things that you want to do if you can” 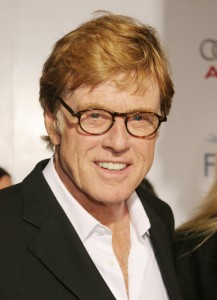 Legendary actor, director and producer plus the founder of the Sundance Institute Robert Redford plays an aged writer who decides to go on a long hiking and camping trip along the Appalachian Trail.  I sat down with him two days before his 79th birthday and asked about his co-star, Nick Nolte, his buddy the late Paul Newman, his age and the attraction to this project. 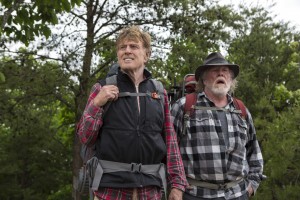 Can you talk about working together and talk about how Nick got involved with it?

Well, I’ll make that short because this is about me and Nick making this film. But Paul (Newman) and I had a great friendship and a great relationship in the two films. We were looking for a third. It seemed though when I read this book a lot of time had gone on since The Sting. 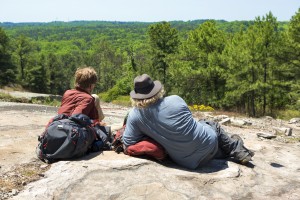 So I was looking for something and he was looking for something and my first thought was this may be it. But I hadn’t thought it through carefully enough to realize that a lot of time had gone by since the last film. When we had gotten together, he was a good guy, and was very honest; he’s very practical. He said, “Look, I think there may be too big of an age difference between us now. Fourteen years. Secondly, physically I’m not sure in my later years I can do this stuff. So I don’t think I should do it.” So that was the end of that. So yes, it was an initial idea, but when I thought through it I realized it really wouldn’t have worked because of all of the changes that had taken place since we worked. Immediately I thought of Nick. The more I thought about it, to move towards Nick, it felt more right than anything — because we’re the same age, have similar backgrounds.

Q: Usually movies we see are for the younger generation/audiences. This is a great movie for older audiences as well and has great comedy.

Thank you for that. Can you go on the road with us? [Laughs] The fact is, I felt that one of the things is kind of a hard thing to talk about without positioning yourself in a minor place. It felt like this film could have some appeal for the underserved audience out there, the older people — the older people who have given up on films because it’s gone in the way of youth, the special effects, boom, crash… all that, which is fine, but at the expense of movies. It used to be about story and character, not dependent on special effects, green screen, so forth. It’s sort of a distant franchise, and I felt one of the things that could be appealing about this would serve that purpose of people saying they could look at the film and say, “I can identify with the way they are now but I can also remember how I felt when I was young.”