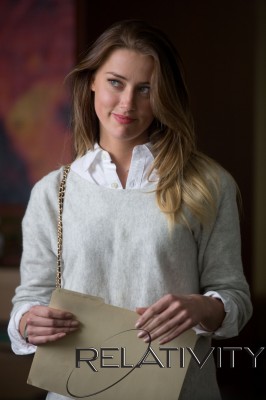 “Part of why I liked this character, Emma, was that she’s her own woman. She’s independent. She has a life outside of the relationship she ends up being a part of. I tend to like that in characters – a strength and independence, a quality that sets them apart from their male counterparts, which is not the easiest thing to do in this business. But when you can find a strong character and a director that does want to protect the integrity of all characters, female and male, then you have a good deal. That’s what I found on this one.”

She explains more about her character and the reason she wanted to be in this film.

“I was drawn to Emma because she’s independent. She desires a future for herself that she, and only she, is responsible for. I love that she’s trying to prove herself in a world that’s not necessarily set up to accept her, or accept her easily. She’s going into a field that is still very much a male-dominated world and she’s doing so and relying on nothing but her own strength, her own wit, her own ability, to succeed. Nothing else. She’s not copping out in any way, and I liked that about her. Strength, independence are always something that I’m drawn to in all my characters, no matter how different they are from one another – strength and a sense of independence, both in their character and in their position in the movie. Those are pretty much the standard things I look for. So I was drawn to Emma for that reason. Plus, Robert has a long history of directing women that stand on their own two feet, no matter what their individual characters are. They are all women that are not determined by how the male characters around them perceive them. He has a history of protecting us as women, so I felt like I was in good hands.” 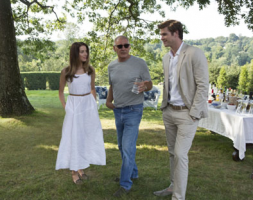