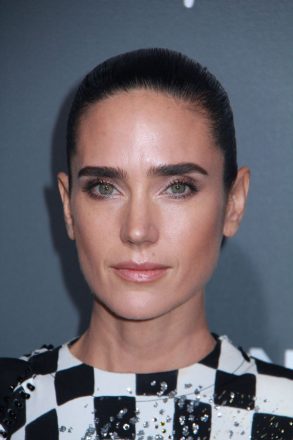 In American Pastoral, Jennifer Connelly plays Dawn, a former beauty queen who is now a wife and mother with a seemingly perfect life, that is until her daughter Merry (played by Dakota Fanning) commits an act of political terrorism at the age of 16.

The film project actually started 13 years ago with Connelly signing on roughly 4 years ago, and although the film changed directors a couple of times, Jenifer stayed steadfast in her commitment to the project. We discuss the film project with her as well as what its like being a mom and working actress. Also, the cultural differences between her and husband, actor- Paul Bettany. and what it was like doing Labyrinth with David Bowie. 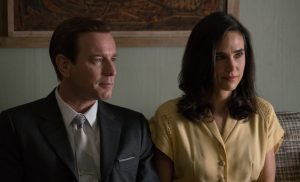 Q: With all of the ups and downs over the course of filming, what made you want to stick with the project?

I think the story is great on a number of different levels. Just the portrait of this family is very moving, and a beautiful story. I think the themes explored in the novel are very interesting and I think that Dawn as a character is very richly drawn. I think it’s interesting to play a woman at different stages in her life, and to see what happens to her to see where she starts out, what she dreams of, and what actually happens. Then how she deals with things not working out how she dreamed. I was very moved by her, she’s very powerful, but has brittleness to her I found was kind of beautiful. 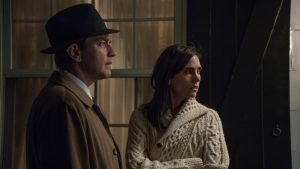 Q: Your character deals with having a teenage daughter which many say is a difficult time of motherhood,  how was it for you?

I think my kids make it easy on me. I have two teenagers and a five year-old. I don’t know. They’re just three of my favorite people in the world. They’re just fabulous and I love spending time with them. I haven’t had to contend with anything of the likes of what Dawn has had. My 19 year-old is at his 2nd year of university. He loves school and has great friends. He comes home and visits us and we have a great relationship; knock on wood. There are no parallels to our lives in any way.

Q: Are you and Paul (Bettany, Jennifer’s husband) planning to do any other projects together in the future?

Q: Can you say anything about it yet?

No, he hasn’t sent it out yet. He actually just sent me the latest draft of it. I’d read it before, but it’s great and very funny. It’s going to be like an ensemble movie, so hopefully that will come together.

Q: In American Pastoral, the characters had religious differences among other things. Did you and your husband have any differences since he is from England?

I don’t think culturally there was any very serious implications for Dawn’s family and Seymour’s family in terms of their religious distinction, cultural differences, celebrations, rituals, and how to raise the children. I don’t have that with my husband we don’t have those kinds of discrepancies. It’s more anecdotal differences which are frankly negligible, other than pronunciations and sometimes slightly different words. We’re very different people in very superficial ways. It’s kind of like Felix and Oscar(in The Odd Couple), but in all the most fundamental ways.

Q: It’s been 30 years since Labyrinth and working with David Bowie (Bowie, played Jereth), do you have any memories of filming and him?

I don’t know if I was great in it, but it was a lot of fun. I was not an (child) actor like Dakota for example who was really formidable as an actor out of the gate. As a young kid I’m not sure that I was necessarily that way. It was certainly an amazing experience being part of that movie. (About David Bowie) He was so funny; he made everyone feel comfortable, he was so gentle with me and sweet. From what I remember he was kind to everyone on the crew. I remember him telling jokes with the crew, and made it very easy. I was very impressed with someone of that stature, who takes the time to make everyone around them feel at ease, and respected. It’s really nice that he set a nice example.

American Pastoral opens with a limited release on Oct. 21st and nationwide on 28th