Angelina Jolie frightened Vivienne on the set of “Maleficent?!” 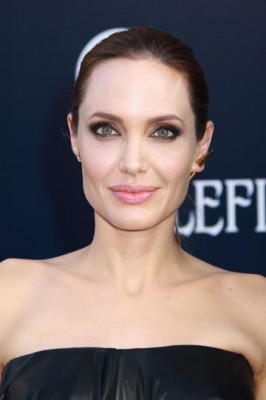 In her newest film Maleficent, Angelina Jolie’s youngest child, Vivienne, made her acting debut. But Angie was not willing to be a stage mom at all. She talked about how she and Brad Pitt don’t want their kids to go for acting gigs. 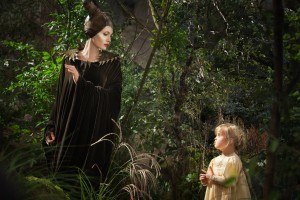 Q: Your own daughter was in the movie but you were a little reluctant to have her do that, right?

We never wanted our kids to be actors. We never talked about it as a thing, you know. But we also wanted them to be around film and part of mommy and daddy’s life and not be kept from them either — just have a healthy relationship with it. And this came about because there were kids that would come to set and they would see me and I would go up and say hi to them and they would cry. Actually one child would completely freeze and then cry. It was like terror. And so I felt so bad. But we realized there was no way that we were going to find a 4 or 5-year-old that I could be as strong with that would not see me as a monster. Suddenly there was Vivienne walking around looking like little Aurora and everybody kind of thought, “Oh, the answer’s right there.” But then I had to go home and talk to dad. We sat around thinking, it’s our kid, so it’s so sweet, the idea is so cute to us as mommy and daddy, but then the fact that she is in a film, suddenly it’s the world and film and it took us a second… 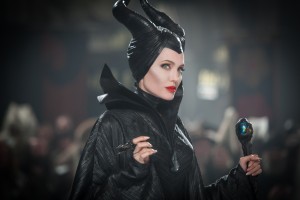 Q: Director Robert Stromberg said she is a natural. But what did her mother think of her work on the set?

She was good. The first day was the day where she had to catch the butterfly and she just really didn’t feel like doing it. So, I actually was holding the pole with the ball on the end, bouncing up and down and dancing trying to make her laugh. And daddy was on the edge of the cliff she had to jump off making faces and doing these things. And her brothers and sisters were kind of egging her on. Yeah, she eventually did it and she was just taking her sweet time and not wanting to do it twice certainly, you know. But then when we got to our scene, we kind of practiced a little bit at home. “I’m going to say ‘Go away!’ and you try to get back…” So by the time we did that one, we did it together, we had a good time, we played together. I was actually shocked she was doing so well. I thought, “Oh, she went back and hit her mark! That’s frightening.”