Arnold Schwarzenegger interview: The most challenging character ever for the tough guy in “Sabotage” 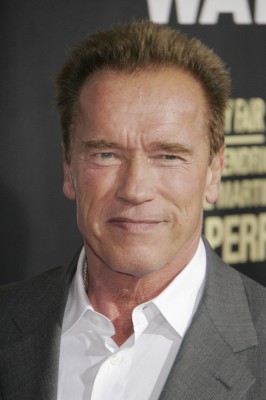 Arnold Schwarzenegger is totally back in Hollywood. His newest film, Sabotage, is action-packed but also has some emotional scenes. Even tough guy Arnold needed to train with a SWAT team but the physical side was not a big deal for Arnold (of course!). He had more of a challenge with the emotional aspect of his character in this film. 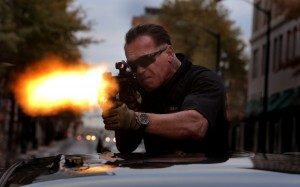 “I think that from an acting point of view it was the most challenging because I’ve never played a character like this. My characters that I usually play there’s a black and white. I’m the good guy that wipes out the bad guys and then with a little bit of humor throughout the movie and that’s it. This script and the character were written quite differently. I think that’s what was appealing to me and of course I knew David Ayer’s scripts and his writing and his directing. I thought that would really be great for me to be challenged like that.”

While he was away from Hollywood, we had big changes in the industry. How does Arnold see the differences in Hollywood?

“One thing we know from 10 years ago from before I became governor to now is things have changed. I think that the style of shooting is different. The directors that are out there are much more the younger crowd, the younger directors that are being hired because they have new ideas, new visions and all that. Movies are made a lot of times by committee today. We need to go through the studio route. There’s a bunch of young guys now making decisions whereas in the old days it was one guy sitting there making the decisions. There’s a lot of changes like that. The budgets are half of what they used to be because the rest of the money is being used for the franchise movies and the big sequels and stuff like that. It’s a different world but you have to adjust to that. But when you play a different character, to me it doesn’t really matter how they shoot. It makes no difference. It’s up to the director.”

One of Arnold’s three sons seems interested in following in his father’s footsteps. What advice does Arnold have for him? 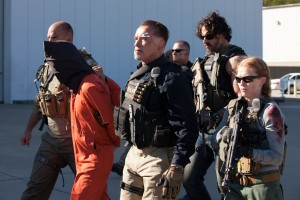 “My son is heavily into acting but at the same time I have him go to the university and study business. Then after that he really can decide if he wants to be a full-time actor, what he wants to do. But that’s what he does now. He studies. He’s a terrific ‘A’ student and he does his acting. Hopefully he will decide what his passion is. The most important thing no matter who it is, you’ve got to follow your passion. I always try to teach kids to find what your passion is because I despise when kids get out of college and have no idea what they’re going to do. I said to myself, ‘Well, what does that mean? You’re 22 years old, and you don’t know what you like in life?’ It’s unacceptable. I always tell him, ‘Think about it. Don’t listen to your parents and your coaches and all of this stuff. What you should do: listen to your heart. Listen to yourself. What is it that you are passionate about? And follow that.’ It may not be what I want him to do. He may say, ‘I want to become a car mechanic.’ But if that’s what his passion is then that’s what he should do and the same is with acting. I hope that he has a successful career. Right now with the way he looks he should do more love stories. I wish I was as good looking as he is when I was his age.”

Okay, now we’re switching gears and talking about age. At 66 years old, Arnold is still showing strong leadership in action movies. And he is still pumping up every day! 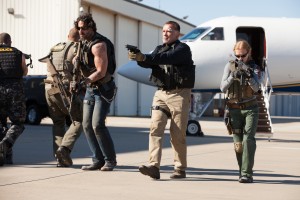 “I think it’s great to be over 60. Age, the way I feel about it is just I don’t think about when I go to the gym, ‘Oh, I’m now old,’ or something like that. I just think about, I want to get in shape, and same with when I do a movie. I don’t think about what age I’m in. I just do the movie and I do it as well as I can. I go all out. I’m very fortunate that I exercise every day so that I start out already in good shape so when someone like David Ayer comes along and says, ‘I want you now to do the martial arts training and I’m going to send over some guys, they’re the cage fighters, and some this and some that, some gun expert,’ then I can also deal with that and take on that extra training. So to me, the age, I never even think about, what is my age?”