Aussie connections! “The Giver” star Brenton Thwaites reveals his inside words with his director 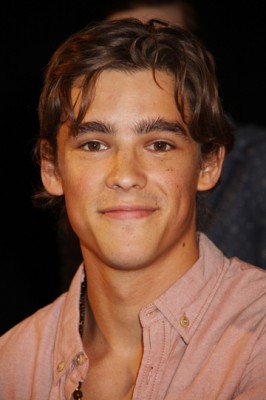 Brenton Thwaites is a rising star. He was the prince in Maleficent, a strong-willed boy in The Signal, and a sensitive boy in Oculus. I have seen and covered all three films but this is the first time I spoke with him. He plays the leading role in The Giver as the chosen one. In person, he is very down-to-earth, good-natured, and a regular guy just like many other Aussie actors. He revealed he used some special Aussie words with the director of this film, Phillip Noyce, during the shoot. 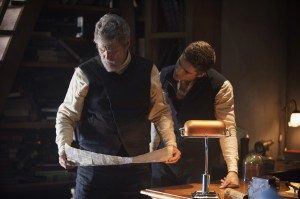 Q: What was the experience like with this film?

I guess every movie has its uniqueness. That’s the wonderful thing about being an actor; every job is kind of a different thing. Every movie is its own wild beast and you have to roll with it. I think that’s one of the things that I learned – especially with Jeff (Bridges) who I did most of my scenes with – was you just have to roll with it and do the best you can, and try and enjoy it along the way. 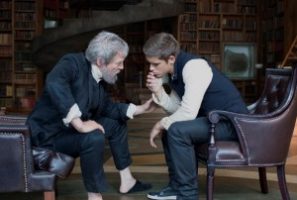 Q: How was working with Jeff Bridges and other legendary people?

Jeff was great to work with. I had a dream of a time. When you get this gift, this opportunity, you kind of have to pinch yourself in the morning before you go to work and it was like that every day. It was great. And to work with a fellow Aussie was pretty cool too!

Q: Working with a fellow Aussie as the director, was it easy to understand his direction?

Q: How was working with the baby? How did you get the baby to cry?

I think as soon as the baby saw Phillip’s face it just started crying. So did I [laughs]! The honest truth is, at the start of the film when I first met these two kids — James and Alex — they would put the babies in my arms and they would begin crying instantly. So it began, put the baby in my arms if you want to get it to cry. But over the months, you develop a really strong bond with these kids. So in a way, it was hard to see them go. It was hard to let go.