“Beauty and the Beast” star, Emma Watson is calling all young women to question the status quo 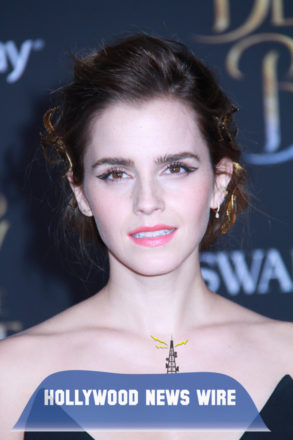 Movie fans around the world watched Emma Watson grow up in front their eyes as a part of the Harry Potter phenomenon then moving on to roles. Watson touches on her start in Hollywood and playing the familiar Disney character, Belle in Beauty and the Beast.

Q: For kids all over the world and yourself, Belle was someone young women looked up to. When you made her your own, what were some of the things you incorporated? 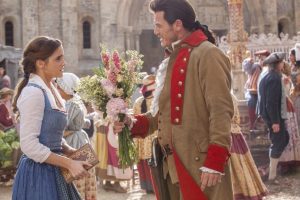 (I wanted to) play someone that I’m almost sure has had an influence on the woman that I had become. I think the first time I saw Paige O’Hara (Belle’s voice actor from animated movie) singing “Belle (Reprise)” and the “I Want” songs, I immediately resonated with her. I was so young I didn’t know what I was tapping into, but there’s something about that spirit and energy that I just knew she was my champion. I think when I knew I was taking on this role; I wanted to make sure I was championing that same spirit, those same values and that same young woman that made me a part of who I am today. 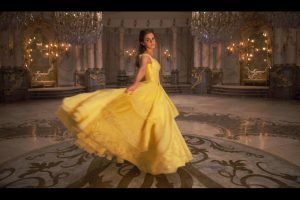 Every time I wore the dress and you’ve seen what Bill (Condon, director), Stephen (Chbosky, writer) or Evan (Spiliotopoulus, writer) had put together, I just always had the original DNA of that woman in mind. I had my fists up and was ready to fight because she was so crucial for me. It was taking what was already there and expanding it. I love that in our version Belle is not only odd and doesn’t fit in, (but) you see her reading and not really a part of the community. In our film, she’s actually and activist within her own community. She teaches other young girls in the village to read. Moments like that where you see her expanding beyond just her own little world and trying to grow it. I loved that. That was amazing to do. 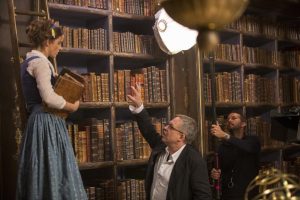 I think that Belle is the ultimate symbol that books can be rebellious. They can be incredibly empowering and liberating. They are a means to travel to places in the world that you would never be able to under circumstances. I was really proud to play a character that has certain earnestness about her. She’s not ashamed of that. It’s not easy being an outsider and it’s not easy to pick battles and to move and work against the system, to work against the grain and the status quo. She does so with this amazing fearlessness. With the support of her father, I think it’s something she weathers on her own at the end of the day. I just feel that I’m very grateful that this character exists and I get to bring her to life. It was fantastic.

Q: The movie focuses on the theme of belonging. What is your advice for dealing with those feelings of being an outsider? 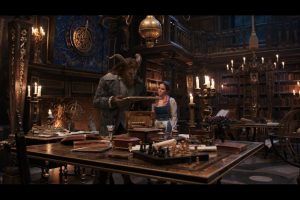 Gosh, I think what’s difficult about the microcosm of school or occasionally colleges and universities is that you feel that the people in your immediate surroundings are the only people in the world. I remember feeling at school that if I didn’t fit, there was nothing else. That’s a difficult feeling. I guess what I would say is that anyone who feels like an outsider in their environment, is that there’s a big wide world out there with so many different people with diverse opinions, perspectives and interests. Go out there and find your tribe. Go find your kindred spirits. They do exist and they aren’t found easily. Pursue the things that you love and are passionate about. They’ll be there, but don’t give up. They are there.

Check out her photos here!

Check out what Ryuhei Kitamura talked about Luke Evans is here!