Dave Haywood from Lady Antebellum who wrote the song for “The Best of Me” says, “This is one of the most fun writing sessions that we’ve ever had” 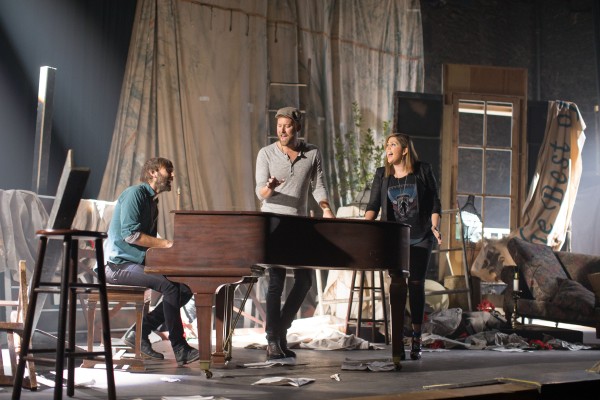 Lady Antebellum (Hillary Scott, Charles Kelley, Dave Haywood) wrote the song for the new film The Best of Me. How familiar were they with Nicholas Sparks’ stories? Did they visit the set to get an idea? How did this project get started? They gave me the answers! 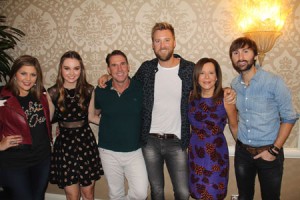 Q: What did you do to capture the Nicholas Sparks-ness in the song? Did you visit the set to get any ideas?

Dave Haywood: This is one of the most fun writing sessions that we’ve ever had. We’ve loved a lot of Nicholas’ work. I’ve always loved the music in his movies. I remember picking out the piano part during The Notebook and thinking, “Oh my gosh, this is the best melody ever.” I think his movies conjure up such beautiful works of music and so for us to write this was just a joy. To have a script to go through, it was just a joy. We didn’t get to visit the set but had the entire script to go through page by page to find really cool examples. When they are dancing in the headlights and all these cool moments are things we wanted to have in the song. So it was one of our favorite writing appointments and one of the coolest opportunities for us. 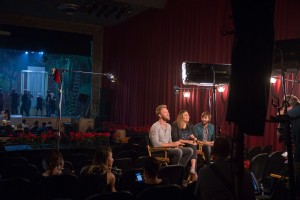 Q: What kind of emotional beats and notes did Lady Antebellum get and what were the considerations in coming up with the musical palette?

Charles Kelley: We had fun doing it. I was going to say that when we got approached by Jason Markey about writing this song, the one thing I think this was a good fit for us because we love writing romantic songs. I think we’re best known for more romantic songs, nostalgic songs, so this was actually a fun task for us.

Hillary Scott: As song writers too, there’s no real formula. So to have a specific direction and different highlights from the film, like the script and different things, that are about the relationship as it grows, it was just really neat to be able to work it into the lyric, and then writing it and then getting to see the film before it was completely finished, to actually edit a couple of lyrics to make it even more specific. I’ll speak for myself, I’m such a huge fan of everything that you do, Nicholas, so to be able to be a part of this is just really awesome. So thank you. 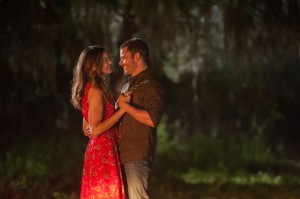 Q: This was the first song you wrote for a movie, what was the process like?

Charles Kelley: Usually, it always starts with Dave. Dave came in with this really beautiful guitar melody and we wrote this with a guy named Monty Powell who we’ve written a lot of songs on our past few records with. It kind of came together really nicely honestly. We had that basic idea of “I Did With You.” It was like through all these journeys you’re the one I still hold onto and “I Did With You” had these moments. Then like Hillary said, we had the basic idea, and then after we even saw the movie went back and added some other colorful things after seeing it. But I have to give a lot of props to Dave here for coming up with this one.

The Best of Me opens in theaters October 17th.