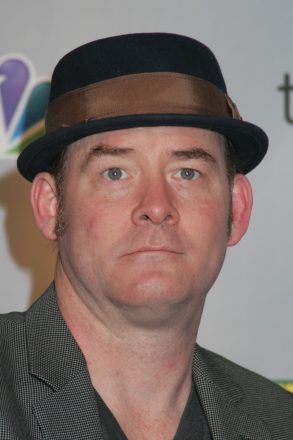 David Koechner is mostly known for his comedic roles and most notably his role in Anchorman: The Legend of Ron Burgundy, as sports reporter, Champ Kind. However, for the first time Koechner has taken on a more serious role that doubles as a bit of an education as to what we should be paying attention to in America – human trafficking.

Koechner plays a large part in the film’s plot and shares with What’s Up Hollywood what he took away from the role as well as what he found from the  research he did to prepare for it.

Q: With your path as an actor being successfully comedic, what led you to choose the path of this film?

My wife and I have five kids, and three of them are girls. To think about any woman in a situation like this is horrifying. That’s what I love about this film, is that in some culture, society, or nation this is happening right now. Some young woman, maybe she’s 13 or 20, is trapped in sex trafficking. She’s being bought and sold to somebody in this country, this town, or anywhere in the United States. If we can bring awareness to that it’s a beautiful thing to a film we’re proud of; I certainly am. Although something from this nature is not something to be proud of, it highlights that and that’s why I love the end of this movie. They built this website to go to (Pricelessmovement.com).

There are also organizations like Children of the Night, who help prostitutes get out of the life. They want municipalities to pass legislation that doesn’t treat prostitutes as criminals, but as victims. I know it was passed here in Los Angeles and that passed on Friday. It’s a great thing and [hopefully] it gets things like that known nationwide so we don’t accept the notion that women willingly go to that life. I’m saying that’s the misconception, that it’s their choice. Often times it’s not, they’re literally slaves being sold to a flesh house. We’re bringing awareness to that.

Q: It seems as though although more is needed, enough visibility was put on human trafficking to get the Department of Homeland Security involved, what do you think about that?

I’m overjoyed about that. I did some research when I came upon the film and was immediately horrified. If you look up, “sex trafficking, Los Angeles,” you will be assaulted of multiple stories of what goes on in this world. I’m so happy that there are people in this world who will do something about it and bring awareness to it. Municipalities can do something to help women get out of this horrible trap. It’s called the blue campaign right? I don’t know why they picked that name, but people like respond to colors I guess. The Blue Campaign will hopefully help people who are trapped in that life and hopefully find a way out.

Q: Could you elaborate more on what The Priceless Movement is about?

What a wonderful gift it would be if it was just common knowledge that all you had to do was call one number and you’re out. Because right now, I would think anyone that is stuck there wouldn’t call 911 because they would think, “I’m probably going to get arrested.” Not, “I’m going to get taken care of.” How wonderful would it be if any woman was trapped in this situation knows that, all you have to do is call this number, and within 20 minutes, someone is going to pick you up and you’re out. That would be amazing, so fix it gang.

Q: You had some pretty intense scenes that were amazing. Did working with Jim Parrack attribute to that at all?

It’s nice that we have an actor with such skill and depth of performance that it makes your job easier. Jim (Parrack, actor) certainly does that, he’s a great villain. It’s really nice when you work with pros that bring it in a way that will inform your performance just by them being there. I think that’s what Jim certainly brings.

Q: As a father what do you want your daughters to know?

Just that they know they’re loved. It’s as simple as that. With love anything is possible, and with communications anything is possible. I guess the lesson is to love yourself therefore you show that possibility to your children. That’s important because then you can love everybody else. If my children feel loved and feel that they have boundaries, which means I care, then that is all you can do. Perhaps that’s the best you can do.