Drive’n Through the Galaxy with “Star Wars: The Last Jedi” star, Adam Driver 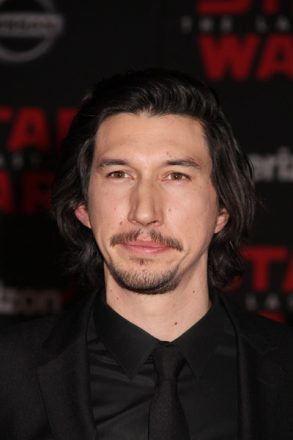 Adam Driver returns to the galaxy as the man in black, Kylo Ren in Star Wars’ newest installment, Star Wars: The Last Jedi.  Driver shares the bond of Kylo Ren and Hux (Domhall Gleeson) and what fans can expect this time around.

Q: You and Domhnall’s (Gleeson) characters, Kylo Ren and Hux, had a really interesting relationship in Star Wars: The Force Awakens which continues and expands in this film where Snoke plays them against each other, making them allies but not really. Can you give some insight into their bond? 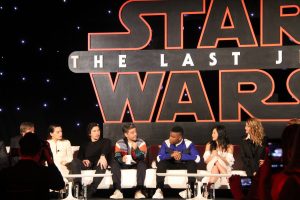 I think definitely there’s a competition and it’s maybe yet to be discovered where that comes from. If anything I think that’s more of a testament to kind of what everyone has been saying of Rian’s (Johnson, director and writer) inability to not mind a character in every moment, which seems like an obvious thing, but he doesn’t so he knows that spectacle, it won’t mean anything if you don’t care about anything that’s going on, which again, seems very obvious but I think it’s a really hard thing to balance with this many moving parts in the scale of something like this. So I love playing those scenes, especially with Domhnall, because he’s a great actor and there’s nothing is kind of taken for granted where, you know, oh, this happens and it moves on. If anything, Rian slows the pace and there’s not a moment that’s taken for granted. It’s always broken up into little pieces and the story in our mind comes first before an explosion.

Q: In Star Wars: The Force Awakens, you were the new kids on the block to Carrie (Fisher, played Leia), Harrison (Ford, played Han Solo) and Mark (Hamill, played Luke Skywalker) who set the tone and paved the way in creating a legendary franchise prior to any of you to stepping into your roles. That said, you are now leading the way for a next generation of actors to come into the Star Wars world. Did that place any kind of onus on you and any sense of responsibility in addition to that, inherent to your performances?

hat the lesson that I learned from the first one from Mark, Carrie and Harrison is not so much telling you and other people that I’ve worked with, it’s not telling you what your experience is going to be because we’re all different and we see the world differently. That’s kind of an obvious thing, but kind of similar to almost the question before. It’s hard to impose an idea on someone that you kind of don’t know. I think it’s everyone’s relationship to – certainly within them I would imagine is different, and that’s kind of for them to discover, and it’s almost more generous to, you know, give someone space, to make it personal to them. I’m not really sure what that means, but they weren’t kind of let me tell you what it’s going to be like, because no one really knows, and I think that they would say even for them coming back to the movies, to this movie, after so many years, that I think they…, maybe Mark can speak better to this, that even they have to figure out what it means to them. So I think they’re kind of lead by example people, that’s kind of what I’m avoiding saying because it’s so cliché, but it’s more powerful I guess when you see it in action. So I think that none of us took it upon ourselves to tell people how it was going to be for them, because we’re not them, you know.

I think that’s a personal kind of thing, for probably some it will be nothing, for others [something]. I’ve heard this said, and it’s the best way that I understand how seeing a movie in a dark room with people who are total strangers kind of works, whether that be a play or a movie. No one lives in the theater, everyone has lives outside, well hopefully, there’s a kind of collective intelligence that happens in the room and what is rewarding about it is realizing that you all are having a different experience but at the same time the same experience, and whatever your life is outside, whatever circumstances, whether there be death or drugs or birthdays, you know, you bring it to the theater, and whatever is happening in the movie, obviously where you are in your life, I think, speaks to you in a different way than anybody else so it’s hard thing to kind of blanketly say, I think you’ll feel this, because again, we’re not you. You know, so that’s what I think. So may potentially nothing is what I’m trying to say.