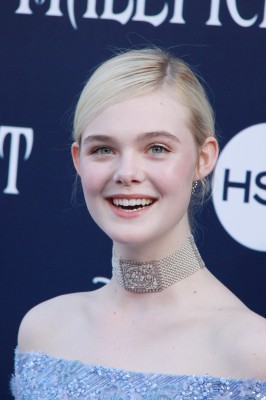 In The Neon Demon Elle Fanning plays Jesse, one of the most alluring and stunning girls to crash the fashion scene in years. Arriving from a small town, Jesse finds her innocence is becoming diluted with an insatiable appetite to succeed.

As we spoke with Elle, she reflects and shares what beauty means to her, and the bridge into adult life from her recent high school graduation. 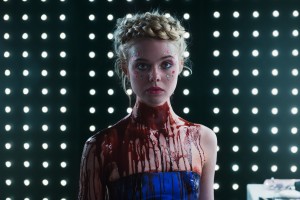 Q: In Cannes you mentioned that Los Angeles is the real demon in The Neon Demon. Is that from personal experience, or perhaps what your older sister Dakota experienced when she started? Also, since she started her career in LA a few years ahead of you?  What kind of advice did she give you?

I was pretty young when I moved to LA from Georgia. But it was definitely a shift. It was very different from the small town that my family and I grew up in. Yeah. My sister started before I did, and paved the way in that sense that little sister does what the big sister does and try it out. But for The Neon Demon she didn’t read the script. We’re very different with our scripts and things. She saw it for the first time last night though. She loved it, but one scene made her very sick, and I was like, “Good.”  I mean LA is my home. It’s where I go to school — well, not anymore. I just graduated two days ago. LA has a seductive side to it, and that’s why our movie had to be placed in that city because it’s unique. 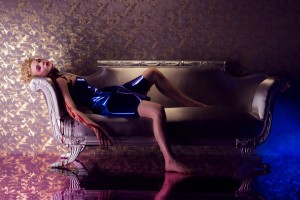 Q: The Neon Damon tackles the underbelly of the industry. I was wondering if you could share any of the challenges or explain how you embraced all of the nuances of the character?

The funny thing is that I think that my character was probably the most evil of them all. She’s in a way Dorothy coming to Oz, but if she was evil one. Jesse (Elle’s character in the film) is kind of the toxic poison that corrupts everybody else. And I like this film because, yes, it’s a classic — star is born that comes to a big city but she has a plan the whole time. And there’s this mystery underneath her and she uses her youth or innocence as a mask to disguise herself. And there’s a lot of different ways you can looks at it but for me that was the most challenging part of it and the scariest part of it, of not knowing what’s next. In the script she is a little different. We kind of made her a little darker than she even was in the script. It was nice to show that side and definitely you’re driven by fear too because we filmed in chronological order, and so things were changing all the time. You’re driven by this fear and so you think, “I have to just trust you.” And really trusting everyone in the entire cast. We were all in this together. You’d come to set and say, “Oh what do you want to do?” Refn (Nicolas Winding Refn, director) would ask me that. I never felt so free on a set to just create things. It was a given power in a way — kind of like Jesse. She finds her power in the movie, for sure. 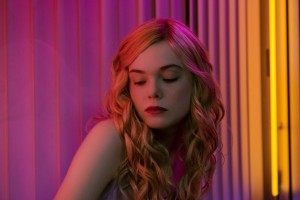 Q: You mentioned you graduated high school two days ago; were you shooting this film while you were going to school?

Yeah. I went to a regular school in the valley that I’ve gone to since fourth grade. When I do films I have a teacher that goes with me and she works with my school and they send all the work so I can keep up. 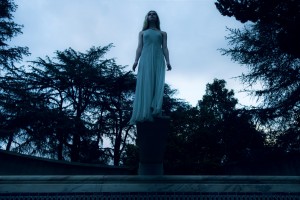 Q:Although many young actors go to school and work, this film had such an unvirtuous theme that required quite a contrast from the life of someone finishing up high school. The ability to turn one off and the other on and vice versa is no easy feat. Did you feel as though you were living in two separate worlds?

I know all my friends are going to see it. They’re very excited about it. For me, it feels like a young film. In Cannes it was definitely a young film. You have to keep things separate too. If your world was all about movies all the time — I graduated then I had the premiere the next night. But I got to start doing what I want to do the rest of my life hopefully, but I just started younger at it because that sounds like the best thing because you just get better.

Q: Would you say the subject of beauty is more prevalent than ever?

The Neon Damon is currently playing in theatres nationwide