Exclusive: “Chi-Raq” star Wesley Snipes says, “It’s not the guns that kill people. It’s the people who are using the guns” 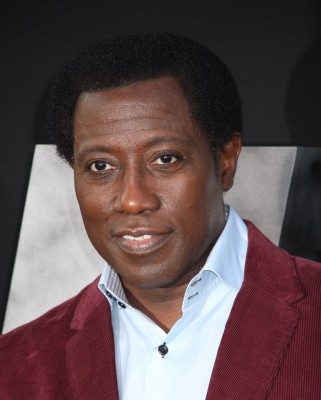 Since he has played tough and serious characters, I thought he was like that. But when I sat down with him, I found the real Wesley Snipes is funny, nice and very light. Spiritual and artistic. In this exclusive interview, he revealed his funny culture gap experience as well as his thoughts on gun control. 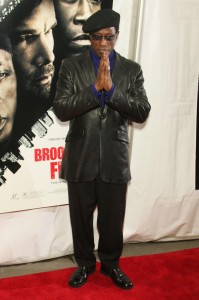 Q: You have visited your wife’s hometown in Korea often. Any funny culture gap experiences?

I think in both the Chinese language and in the Korean language there’s a world “naega,” what means “me” in Korean. In Chinese, it’s usually like “uh huh.” It’s like one of those inserted words. But if you don’t hear it right, it could sound like they’re saying “nigga.” So you got to hear it right. The first couple of times you hear it, you go, “What did you say?” [Laughs] That’s funny.

Q: How many kids do you have with your Korean wife? What kind of a dad are you? Strict? Disciplinarian? 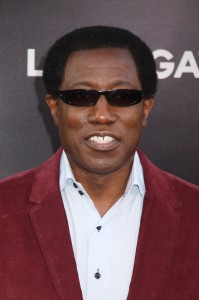 Q: Cell phones at the table?

Q: You spent a couple of years in prison, how was that experience?

What’s going to be fun is when you read about it in the book. One day you will hear about the whole thing. Then you’ll know what it was like. Maybe you’ll hear about it in a book later. No rush. 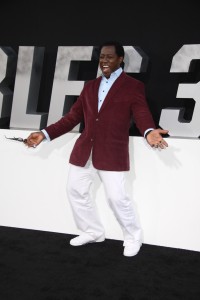 Q: Actors can use their own experience to act…

Struggles. The biggest challenge for me was in life being a chocolate man in a vanilla world. That’s the biggest challenge. The fact that I am even doing what I do in this business is surprising in many ways. The relevance of this film is I had options placed in front of me that some of the youth today don’t have. So they choose these destructive ways of trying to find that sense of self, trying to find some creative expression or have someone listen to them, hug them. I was fortunate because I came up in an era where it was cool to be an artist, it was cool to be in the theater, it was cool to be at the birth of hip hop — a new indigenous American art form that was underground and it was ours. I had all of that. I think it paved the way for the vision of what could be possible. It paved the way for me to aspire to something greater than what was present around my block, what was present around my neighborhood. No one in my family was in the business. I have one cousin that was in the business. We didn’t have wealth; we didn’t know people who had wealth. No performers. 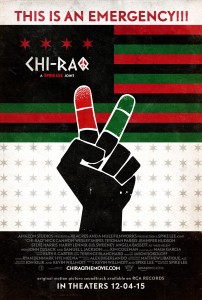 Q: What was the big moment in your life that made you realize that acting was for you?

When I realized that people would laugh at some funny things, things that I thought were funny, and when the girls started to come. I was eleven, twelve years old, once I realized, “Wow, the girls pay attention when you dance and sing. I could do that.”

It’s not the guns that kill people. It’s the people who are using the guns. It’s like saying katana. If it’s not the swordsman, the katana wasn’t going to do nothing. Just stay there and look beautiful. This is the issue, focusing maybe in the wrong direction. Yes, reducing access will maybe make a difference, but it doesn’t change the mindset of the person who is frustrated, feeling dejected and excluded, alone, afraid. That person will find whatever to injure someone else and hurt someone else. Can you imagine if they apply the same statistics to guns like here in America and they apply the same methodology to the use of a blade in Asia? There’s so many people getting cut today. Last week another person got chopped. We have to get rid of all of the knives, all of the swords, all of the cleavers. Too many people are getting cut. This should be our focus, reinforcing the value of life, and certain Asian cultures do that very well. Some African cultures do that very well.