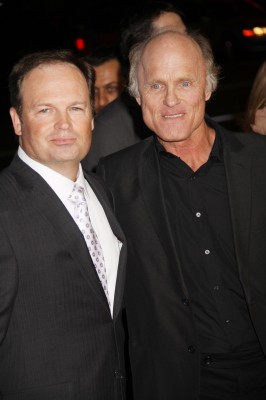 “Phantom” star Ed Harris and director Todd Robinson had the chance to get inside the mind of a Cold War-era Russian. What did they discover?

Todd Robinson: I think that the discovery really was that on some level we’re just all human. And we took the Russian point of view to tell this story, to sort of for a Western audience take the people that we had objectified and grown up with a certain propaganda in terms of how to sort of isolate our thinking about those people, and we sort of turned it around so that you really experience this Russian crew as very human people, people that you can relate to. And therefore against the backdrop of war, it sort of supports this question: Why do we go to war? Why do we do things or potentially do things that could end life as we know it on this planet? Metaphorically, it kind of is in line with some things that are going on right now in terms of hot spots around the planet – Iran going nuclear, North Korea and so forth. Terrible things can happen if you don’t understand your adversary.

Ed Harris: I think it’s similar to what Todd said in the sense that – first of all, I think there’s a common thread throughout the world in terms of military personnel, in terms of a certain loyalty to your comrades, a certain respect and duty that you owe to those that you are working with, regardless of what country you’re from or what military branch you’re in. But in terms of actually learning something about Russian mentality or whatever, not really. I mean, I think my character particularly has a fairly open mind. I mean, he’s not a hardcore, kind of right wing, aggressive military guy. He’s a professional submariner. He’s a captain of a submarine. He follows orders but he doesn’t have a particular animosity towards the Americans, which I think is part of Todd’s point of the film, is that what we were presented with during the Cold War was: This is our enemy. They think of us as we are their enemy. But if you talk to the people of the country, if you talk to the normal people that live, it’s propaganda that’s creating that. I don’t know if I’m making any sense. 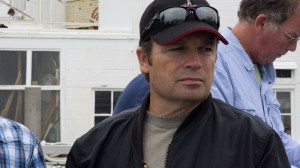 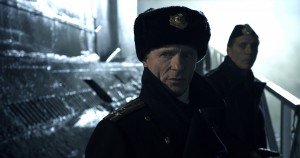