EXCLUSIVE: “Most Likely to Die” star, Perez Hilton the “double edged sword” of a being celebrity blogger and actor. 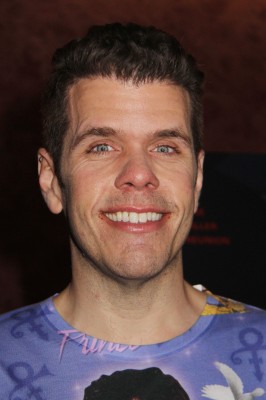 As any journalist can relate, in todays fast paced internet news arena, celebrity news and gossip blogs often eclipse well thought out and researched editorials in respected media publications and websites. Close to 10 years ago one celebrity blogger in particular was setting record numbers and became virtual celebrity himself for his unapologetic and unique approach to celebrity news. That person is Perez Hilton. Now years later, Perez is pursuing his original dream of becoming an actor ( he studied acting at NYU) and is co-staring in the new horror film, Most Likely to Die. So when the opportunity came to sit down exclusively with the notorious bad-boy blogger to discuss his new movie, of course I jumped at the chance.

Q: Does being a blogger help your acting or does your acting help you be a better blogger?

Well I think being a blogger hurts my acting because— it helps and hurts. It’s like a double edged sword. It helps in that I have a large social media presence and followers from my website to my social media channels, so I have the ability to get the word out about the movie. And I’m excited to continue to do. And it hurts in that people know me certain way. So, for some people it might be hard to see me in another way. And the whole movie, some people might, but hopefully not be watching it thinking, “Oh, that’s Perez Hilton.” It’s my hope that eventually they forget they are watching Perez Hilton and they see me as the character. But my acting hopefully will help be happier, period. But the acting can help the website, too. It can help my job because it’s just getting me out there to different audiences— reminding people about me. It all helps each other and it all hurts each other. 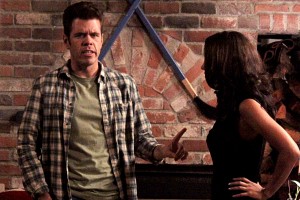 Q: Your character in this film is a bit unique and could be a persistent with always recording his friends. In fact, possibly alot like you in real life as an actor and blogger.  In the movie your friends accept your character’s unique personality, but in real life how do your friends deal with what you do, your popularity,  and the backlash you receive?

Well, in 2016, my best friends are my kids. There’s this saying that there are five things in life — or around that — I don’t know what the exact saying is. There’s your family life, your professional life, your romantic life, having abs and being in shape, and sleeping. Those are five things. At any one point you can only have three out of those five. Like you can’t have all five out of five. And I’m just really focused right now on my family life, having a thriving professional life, and having abs. So, unfortunately I still see my friends and love my friends but I don’t see them as often as I used to before I had children. 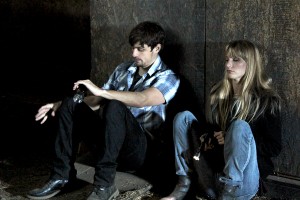 Q: Much of your site is dedicated to posting paparazzi obtained photographs of celebrities and the paparazzi as we know will seek out children of celebrities to take photos. With a great amount of attention being brought on to stopping this practice by celebrities like Jennifer Garner who went to the government asking for change and to start protecting the children. Do you feel now because you are a father, your perspective changed or was it  the celebrities stepping forward that motivated you to change?

Definitely. Definitely. Having kids — even before having kids, I made a shift and change on my own to be more positive and be more mindful of my words and the energy that I was putting out there. And then having kids on my own just intensified that and kept me on that path which I had begun already. So, on my website I totally support that movement and I have a no kids policy— meaning, unless celebrities post photos of their children on social media or unless they go to a red carpet event where there are photographers there, I won’t post photos of children because I don’t think it’s right. In fact, it’s completely disgusting to me to see these paparazzi hanging out at their children’s schools waiting for parents to pick them up. Not only is that invasive for the children, but it’s also invasive for all the other kids at that school that didn’t ask for that. So, I totally support that.

Q: As an openly gay man and supporter of the LGBT community, what’s your reaction to North Carolina’s bill?

My reaction is not surprised. But I sort of expected it because with every step forward there are those trying to push us back. All of these laws keep passing in states like North Carolina, Mississippi, Tennessee. It’s a direct response to the Supreme Court legalizing same sex marriage recently. And it also just serves to me as a reminder how important this election is. Because all of the politicians that we’re putting into office from the top to the bottom are going to be determining the future of our country, and we can’t get complacent. There is still a lot of work to be done.

Q: Do you have any new projects coming up?

Well, I’m doing a lot more acting. I’m doing this absolutely fabulous movie that comes out this summer and I’m also in a couple of sitcoms that haven’t been announced yet with some guest appearances. And I’ve got my websites and my podcasts and keeping myself really busy.

Most Likely to Die is on theater and available in Digital HD/On-Demand.