EXCLUSIVE!!!! Sean Hepburn Ferrer talked about when his mother scolded him and more! 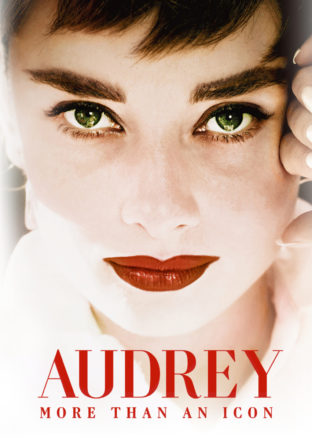 1993, January 20th, Audrey Hepburn passed away. She was loved by people all over the world and her number of fans is still growing. However, if you watch the documentary, Audrey, you will discover the side of her that we did not know. All her life, she was wanting to be loved by someone whom she loved. At first her parents, then men. When she had her own children, her journey seemed to end but she found a new one to give her love to children who are in an unfortunate environment. I had an opportunity to speak to her first son, Sean Hepburn Ferrer via zoom to ask him about the real personality of his mother and more. As soon as our zoom interview connected he greeted me in Japanese. He speaks a little bit of Japanese! 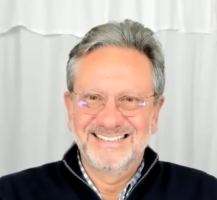 Q: When I saw the documentary, it was very shocking for me because she was loved by the entire world, including Japan, but she always felt that she lacked love from her parents as well as her first dream being dashed. All she wanted in the first place; she could not get. Now that you are a father and a husband, could you say that, deep down, the scar of that was still in her mind?  How would you describe your mother as a person?

She wasn’t just one way or the other, she was a wonderful complex person like we all are, and, of course, she was deeply touched by the loss of her father, you know, the childhood, the roots of that are very deep. You see other kids running into the arms of their father and so you feel that hollow feeling.

I think she was touched by that in the same way by the time during the war in Holland, the same way by the two marriages failing, the loss of two pregnancies, and, ultimately, a great sense of betrayal at the end of her life after hearing the world promise this is never going to happen again. She finds herself in a UNICEF camp in Somalia or Sudan with tens of thousands of people on the edge of death. All of these things gave her the sort of ability hear, to put herself in the other persons shoes, which helped tremendously during her work as an actress but, of course, turned around against her during the years as an ambassador for UNICEF because, she could feel and sense that pain. Not just the hunger of the body but, the hunger of the soul. She could feel it very deeply at the same time. 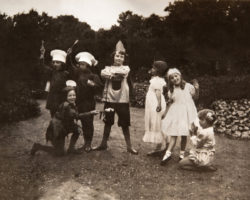 Q: In this film and your children’s book, both introduce her war experience. My grandpa went to war, and my parents also experienced war but they would never talk about it. Did she talk about her war experience to you?  Did she want to teach you how important peace is when you were child?

Yes, during the last 5 years we would get together at Christmas time and I was working in the movie business in California and my brother was going to school and then to college. So, we would come together at the holidays for Christmas time and we would see her kind of tired and a little stressed out and we would say, “Mom, when are you gonna take some time off?” And she says “Yes, yes I would like to take some time off to smell the roses but I need to take just one more trip.”

When we spoke about her experiences during the occupation in Holland, it was because she was talking about what she was experiencing now in countries that she was visiting because of UNICEF. She was seeing some similarities which is extraordinary. In the little children’s book, my wife and I didn’t plan it that way but, now that we are going through the pandemic there are some similarities between what the child experienced then and what the child is experiencing today which is kind of extraordinary that we were this lucky to have this sort of becoming a sort of a reality. 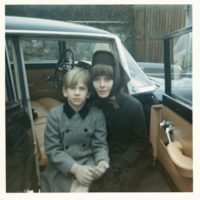 Q: Did she scold you?

She did a couple of times but, it was more based on her telling me what she thought. I respected her enough to ask her before and she would say, “Well this is what I would do and you’re free to do it anyway you want, and it would kill me if you do the wrong thing but I cannot be there always in your life so you have to experience things yourself.” So, you know, it’s a particular kind of parenting style. I cannot say it’s good or bad. Some people may say it’s a terrible idea but, that’s what she tried to sort of always tell us the truth. It works with some people, maybe not with others but, it made for an honest relationship. 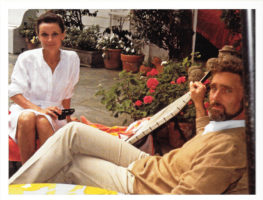 Q: What was her discipline like? I know she was a ballet dancer, and usually, they have a very disciplined lifestyle.

Right. She believed in that but, those are systems that were talking about so not discipline in a repressive kind of way, you know, go to bed early, be on time, be prepared, how to prepare, how to learn your thing or your lines, in the case of an actor. She taught me how to memorize things rather than trying to memorize it. Like, when you listen to a song many times, you’re not trying to learn it but if you like it you will remember it. She would always teach us tricks sort of like, just read it at night before you go to bed and first thing when you wake up in the morning read it again so your mind is fresh it will stick in there. She had wonderful tricks of how to memorize.

But, so, discipline in the sense of respect and being prepared: If you’re gonna do something do it well but, not repression. Not, “You have to do it my way” or, you know, “no questions asked blah blah blah…” 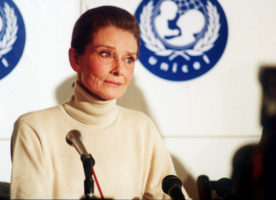 She was deeply honored that people were still sufficiently interested in her, and that they would ask her to do something. It’s much nicer to do this than make some kind of commercial for sheets and towels, or god knows what, or even for a perfume, she thought this was a much greater opportunity. 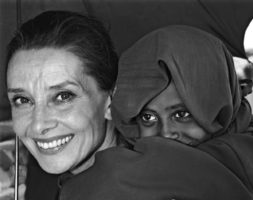 Q: As a producer how you would see Audrey Hepburn as talent?

Very unique. Not because, well of course, every one of us is unique but somehow the choices she made are very unique in that sense she didn’t lose her persona in the process of trying to do what she was doing. She didn’t try to please anyone; she didn’t try to appeal. She just was herself. So, in a way, she is her own legacy, which is probably why she’ll be remembered for a very long time. 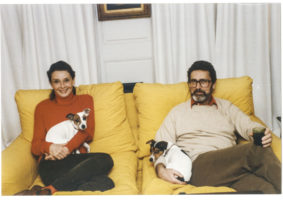 Q: Just 3 months after she gave a birth to you, she was in the movie Breakfast at Tiffany’s and she already was back in shape. I also remember her looking very skinny in every photo she was in, which I am so jealous of, but even after she retired as an actress, she kept her shape. Was she careful about gaining weight? What was her secret? Did she not eat much or was it just a good metabolism? 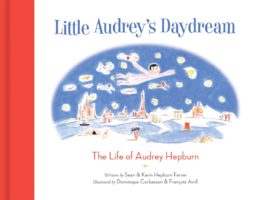 Q: Where did the idea to make the children’s book come from?

Last year would have been her 90th birthday. So, to celebrate that, I did an exhibition called Intimate Audrey, which is about the woman without the Hollywood sign. We opened in Brussels, which is her birth town, and then we went to Amsterdam, where she spent the war, and then, of course, the pandemic came so we had to put it on hold. But instead of doing a catalog, I wanted to do something for the generations that she fought for, for the generations that have become her base because, so many young people in the last 20 years have experienced. By tweens and teens, she’s really very much loved by young people and, I don’t know why. There’s nothing we did to cause that but maybe, instinctively, they feel something genuine about her. So, I created this little biography the wonderful illustrators, who have come to Japan many times, Dominique Corbasson and François Avril, did the illustrations and it was very sad. Dominique was sick and she knew this would be her last job so it makes it even more touching, another legacy left in this book.

Finally, we found a publisher who understood my wife and I wanted to publish this in a way that it would be for all ages not just for 3 to 6 years old or 6 to 9 but, kind of like a gift for everyone. Do you remember the film Shrek? It’s kind of for children but adults also get a different kind of layers of jokes, this is the same concept. The children will understand one part and adults can understand what it really means and, they can actually talk about things. There’re things to talk about and sort of a small history lesson, and a wonderful opportunity to talk about what’s going on right now and give you hope that even if there is a war going on, or a pandemic, even if you are hungry, or poor, or whatever, that you can still dream and maybe the dreams will come true.

Audrey is available on the following platforms: