EXCLUSIVE! “Snowden” star, Scott Eastwood Sets a few rumors straight on where he grew up and what’s next

Eastwood may not be his legal last name, but Scott Eastwood is definitely a chip of the old block as well as deeply embedded in the Eastwood family. Looking at old photos of his Dad; Hollywood legend, Clint Eastwood, the resemblance while both in their twenties is incredible.

While it has been rumored that that Scott grew up without the physical presence of his father, the younger Eastwood was quick to correct and give us the facts.  He also corrected another rumor that he grew up in Hawaii. Scott was raised in California. Not only did he frequently tag along with his Dad to movies sets he was work, the two Eastwood would hit the California beaches and surf together. In our exclusive one-on-one with Scott Eastwood he shares details of his life and his road to now being one of the most sought after younger leading men in Hollywood. 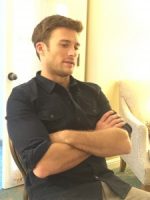 Q: You studied communications in college. Was there a reason behind not choosing acting, theater, or filmmaking as a major if your goal was to follow in your fathers footsteps?

Well I thought it would be kind of painting myself in a corner if I had just studied acting. And I think acting is great, and I really enjoy it. But you know, I’d like to learn some other skill sets in life. I try to always be doing something that gives you more depth than just acting, you know. Studying a new language, Spanish. I went and got my pilot’s license. Always doing something that gives you more depth. And that turns over too into acting. That’s nice because then you have another skill set. Another thing to draw from.

Q: Earlier in your career, you had different name. Why did you want to change your last name?

Well it was a decision, I can. When I was younger, I think I really wanted to go and see if I could do it, you know, on my own. I was worried that other people would think, you know. But then I realized as you do it on your own and you’re doing it. It really doesn’t matter who your dad is, or who your mom is. It matters how you do an audition. And if people like it, and you show up, and you work hard. All those things matter. Just like any job. If you don’t do the job correctly, and you can’t get along with people. And you can’t do it, you ain’t going to probably get hired again. Then that doesn’t matter, then I said I’ll just use my pops name. It’s my lineage. And carry on. 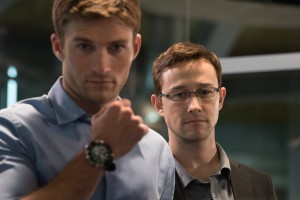 Q: What was your first memory with your dad? Playing baseball?

I don’t know my first memory. But I remember being on movie sets with him as a kid and running around. It was six or eight, I don’t know.

Q: When was the moment you decided you will be an actor?

I always loved film. I always loved watching film. And I thought that would be really great to be a part of good film. But I maybe didn’t decide until my first year of college. Okay I think I know what I’m going to try to do. See if it works. 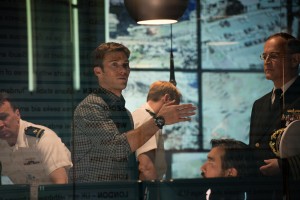 Q: What advice did your mother and father give you?

Q: Your scenes in Snowden are done to appear as though you are  in Hawaii, which is where you grew up, correct?

Q: Between Hawaii and California you have grown up with the beaches at your backdoor where you can surf or snorkel everyday.  Do you still surf regularly?

Yeah, still an ocean advocate, an outdoor guy for sure. Love nature. Love the outdoors. Anything outdoors. Active outdoors.

Q:  I remember reading that your Dad used to surf, does he still surf?

He used to surf, a long time ago. He surfed in the 50s, in his 20s. He surfed. He did surf. He surfed down in San Clemente. That was years ago, back in the 50s. In California.

Q: Did you ever surf together?

Yeah, he’s taken me before, surfing. When I was younger, he got me my first surf boards actually.

Q: You haven’t lived with your father for years. But…

Q: So what’s next for Scott Eastwood?

I go to do Pacific Rim in Australia. We shoot it in Australia and China. And so I’ll be doing that. It is not a sequel but kind of it is a sequel, but different actors. 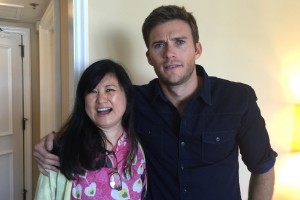 Q: You operate the gigantic robots.

Yeah, pilot for the robots.

Q: Wait…you do have a pilot’s license right? Or since your operating the robot maybe you can just get one for the robot.