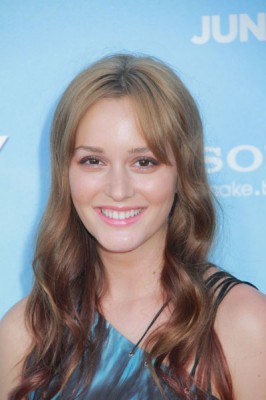 In Life Partners, Leighton Meester plays a lesbian character, Sasha, who is struggling with friendships and relationships, especially finding the “right girl.” Ring a bell? No matter who you are, everybody has the same experiences with friendships and romance. Life Partners tells us that. What experience does Leighton herself have with those struggles? She also answered your submitted questions! 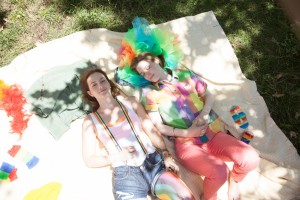 Q: What was the most surprising thing about working with Gillian Jacobs who plays Sasha’s best friend, Paige?

A lot, in the sense that I didn’t know her and I had never met her. So everything was a new surprise. It was like a blind date. Truly. I did really trust that Joni (Lefkowitz, writer) and Susanna (Fogel, writer/director), having met us both, knew what characters we were going to play and thought, “You guys should hang out.” Sometimes that doesn’t always go well, at least with blind dates. But it did.

Q: How did you create such great chemistry?

We had a handful of rehearsals and table reads and enough time to establish familiarity with each other. Then lots of time on set to be super weird and talk about the off-color totally not correct things to talk about in the work place. So there was a lot of that. I think that we are both just really in love with the story and in love with the characters and wanted to portray the friendship accurately and we did.

Somebody recently called me out for always saying, “At the end of the day.” I have penguin slippers I wear a lot. Oh! I wore them in the movie actually — for one minute. I don’t know if you can see them. Maybe you can. We’ll find out later. Penguin slippers.

Q: In your life, do you identify more with a friend that is moving on or the one who is left behind? Which is worse? The guilt or the envy?

I think both — if you live long enough you get left and you leave people behind… I would say I’ve been both and I don’t know what’s worse. Yeah, I guess guilt. But I don’t really feel guilt… actually, I do. It’s in the tapestry of my personality, a major part of it. I guess I’ve been both. But I never felt weird or left behind. I’m just like, “Oh, this is different.” I drove by where I went to high school on my way here today and I was like, “I was friends with so many people there that I don’t know where they are.” I never have seen them again and I thought, “Aw, nothing will ever change.” It’s just life. 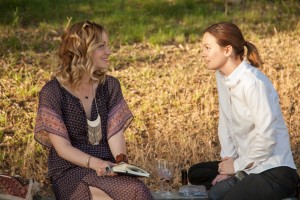 Q: Do you have friends in your own life where you can have that same connection, where you really connected with somebody, the same way they are in the film?

Yeah, I do. I was thinking about the people I’ve been friends with the longest, there’s no differentiation between me and them actually. You wouldn’t be like, “Why are you two friends?” Instead, you’d be like, “You guys are weird and you need to spend more time apart.” Three of my closest friends I’ve known from middle school or even before and they’re all super, just the weirdest ones that I know and think that I am the biggest loser. We just cut through like any small talk. Months can pass and you’re right where you left off, so there’s a good shorthand.

Q: What attracted you to do this role?

This character is different than anything I’ve done, but also she’s such a well-rounded, funny, very similar person to me, in that she uses humor to make serious situations less serious and has the tendency to say the wrong thing and then have to backpedal for a long time, get real dark in their jokes. That’s what I do. I just take it to a real dark place, where everyone’s like, “Okay, she’s a murderer.” [Laughs] Yeah, I think that’s what’s exciting is playing characters that to me are going to be fun to take on and develop. And I really like the dynamic of the friendship and the fact that it is a story about two women and their friendship that’s not based around a man or based in competition or cattiness. It’s the real life, grounded friendship and growing up and finding yourself.

Q: What are you looking for in the future? Any plans to expand your family?

I just don’t want it to be the focus at all, you know what I mean? Like, let’s not talk about it.

I spent a large portion of this year doing a play in NY. I just put out some music and so I’m going to be doing a lot of promotion for that in the next few months and the early part of next year. I’m going to do like a tour probably around the United States, do a residency at the Hotel Cafe in January, do some overseas things. So that’s exciting and fun. I did one other movie that will come out in February, called Like Sunday, Like Rain, and it’s a really lovely, very simple sweet story about my character, who is a nanny in New York City who meets a young man. They couldn’t be more different but they fall in love in not really a romantic way, and really save each other. It’s just really very sweet.

Q: What countries will you go to on tour for your music?

Europe and Asia, I think, and possibly South America.