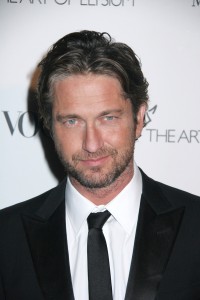 The Viking Stoick is back! Gerard Butler plays this wild macho guy’s voice again in How to Train Your Dragon 2. But this time, Stoick shows a very sweet, romantic side when he reunites with his estranged wife, Valka. We asked one of your questions, about their relationship, and Gerard answered!

Q: How do you see the relationship between Stoick and Valka? They separate and reunite.

In actual fact, I think that’s the reason people are getting so much out of this movie. Visually, it’s incredible but it’s the story itself. It goes to deeper and darker places than most animated movies dare to go. The issues are separation and abandonment because Valka (voice of Cate Blanchett) abandoned her child and she’s apologetic about it and she had a deeper cause that she wanted to fight for, but she could have returned or even checked up on him. “How’s he growing up? How’s he doing?” And she never did. And part of me, Gerry, wanted to yell, “Where were you? What the hell? Not even a hello? I’m making helmets out of your breastplate and you are having a blast tickling dragons under the chin.” At the same time, it’s so emotional.

This happened to me. I didn’t see my father for fourteen years. I didn’t even know he was alive and he turned up out of the blue when I came home one night. I’d had a dream and went to my mom and said, “I’m never gonna see my dad again, am I?” She said, “No. I don’t think so.” I came home one night and my stepdad said, “Keep your jacket on. Your dad’s here.” I had to go and walk around this packed restaurant going from table to table literally looking at men going, “Is that my dad?” He stood up and was the weirdest looking guy in the restaurant [laughs]. So that part of the movie was profound for me, but not just for me. It’s profound for a lot of people to imagine that a parent you didn’t think was there, or the love of your life that you thought was gone, is actually still alive and well and there is a chance to rekindle everything you thought you had lost in your life.

We will post more of our interview with video clips later. Stay tuned!

How to Train Your Dragon 2 opens June 13th.