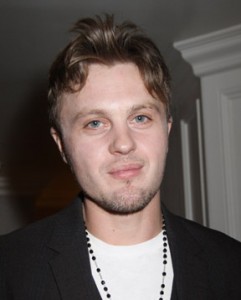 Michael Pitt has the image of being nerdy and eccentric, and he used that as a strong tool for I Origins. Michael’s character Ian is a scientist who obsesses about eyes. The first half of the movie is a quite slow ordinary love story, but Michael’s eccentricity and nerdy image helped to keep my attention. So, Michael himself obsesses about what? And has he fallen in love at first sight? Does he believe in the afterlife? How has he dealt with the fame from Boardwalk Empire? 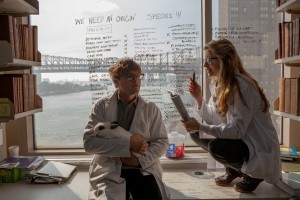 Q: Your character is very nerdy, what about yourself? Are you a nerd about anything?

[Laughs] I’m a nerd but don’t tell anyone. I’m a closet nerd. I am. I’m a film/music/art nerd, I guess. I was at a very young age very outcast based on the fact that I was interested in things that maybe a majority of people weren’t interested in. I love this character. I loved playing Ian. I loved that he was so passionate about science and then very internal too. So his passion sometimes came out in like weird ways, dry ways, or ways that were kind of suppressed a little bit emotionally, but all this stuff underneath. It’s just fun. For me, it was fun. 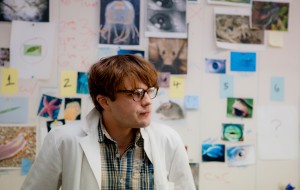 Q: What’s your relationship to the eye? Have you ever fallen in love at first sight?

I am falling in love right now… (Laughs) Mike (Cahill, writer/director) explains it a lot better. I’ve experienced it I guess more in an instinctual way. He has this amazing ability to sort of pinpoint that and incorporate it in a story and explain it to people. But I’ve fallen in love at first sight. Some of my greatest friends, I remember the first time that I saw that connection. It was always a look in the eye, like, “Oh, oh. We’re going to be friends for a long time. Oh, we’re going to get into some trouble.” And also even with enemies or people who aren’t so pure in their intentions, there’s things you can see in their eyes where you have a feeling, “Er, something not right. Something not right.”

Q: What are your beliefs as far as the afterlife, being reborn, and if you’ve met your true love, meeting again in the same life or a different life?

I believe all of it. It all sounds good to me. It’s kind of a personal thing. But I believe in energy. I believe in — I don’t know. It’s a really personal question. The truth is I don’t know. There’s times where I think I’m a Buddhist. There’s usually if I go home to Jersey and I pass a graveyard, I go [gestures]. I have a lot of beliefs. What I want to do is be an open person and not be close-minded. And whatever’s out there, to not be the guy that is not looking. 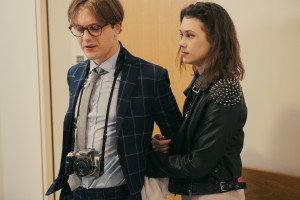 Q: How has your career changed since Boardwalk Empire?

It’s different because I think it might be a different type of fame. I think there’s some aspects of fame that you have no control over but also I live very humbly. I live in my neighborhood. I do find for the most part, and some of this has to do with me, I think that you can feed into that behavior a little bit. I go to the corner in the morning and get my coffee and everyone gives me shit. “What’s up, actor? What’s up, Hollywood? How’s it going?” So I think being humble and being open to that, not taking yourself too seriously within the neighborhood, letting them take their shots [laughs], I think can inform your life a little bit.