It is like the chicken and the egg: “Predestination,” the time paradox sci-fi thriller made by hunky Australian twin brothers 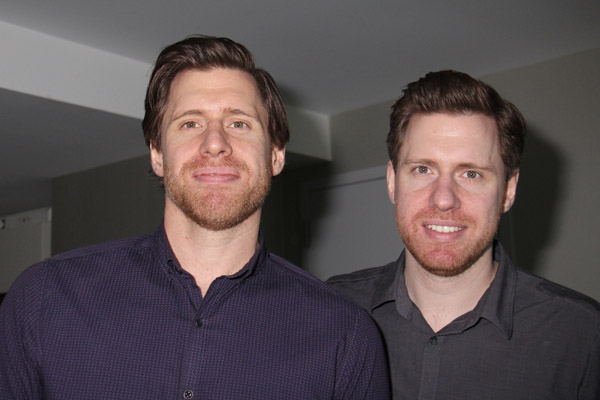 Michael and Peter Spierig are twin brothers who made their career with the vampire film Daybreakers. Their new film stars Ethan Hawke again with the very complicated but interesting and smart sci-fi film Predestination. Where did they get the idea for this film? Why was Ethan right for this role? How did it all start? I got their answers! 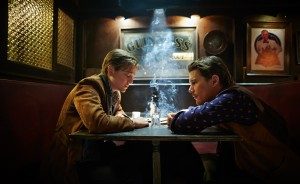 Q: Where did you get idea for this film?

Peter: It’s based on a Robert Heinlein short story. It’s written in 1958 and we read that short story and thought it was just one of the most original time travel stories we’ve ever read. It was something that we wanted to adapt into a film for quite a while. Without giving away spoilers and all that kind of stuff, once you see the movie you will understand why it’s unique and original, and there will probably never be a time travel movie quite like that one again. I’m really proud and happy we got to be the ones to make it into a film. 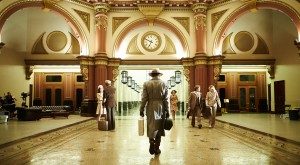 Q: When I saw this film it reminded me of that picture of M. C. Escher. It is around and around. It is the complicated subject of the time paradox.

Q: So did you guys think about how the story started? Are these the kinds of things you guys figure out and put in this film? Or do you just ignore how it started? 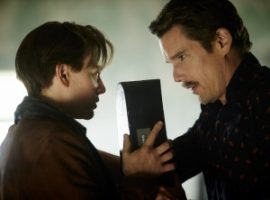 Michael: Where it all begins? Who’s the first; who’s the rooster? This film is kind of Heinlein’s joke as to why time travel can’t exist, right? Because the paradox idea, the predestination paradox, the causality and all that sort of thing, and what is the beginning? That’s why we like it [laughs].

Peter: But that’s why we brought in the idea of the chicken and the egg. That’s a theme that runs through the movie, and the snake that eats the stone tail, that’s kind of the fun of it all. But the great thing is the character can’t exist without time travel — the character wouldn’t exist. So this person exists in a paradox and always will.

Michael: There’s always the interesting discussion I’ve had with people, that there’s such a major plot hole with “How did it all start?” There’s no original parents, and I’m like, “Well, do you believe in Jesus? The immaculate conception?” I mean, I don’t know. So yeah, there is no “Where does it all begin?” [Laughs]

Peter: It begins in the paradox, yeah. 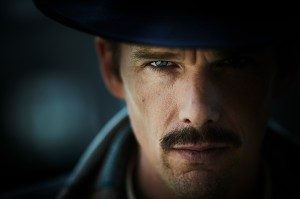 Q: You hired Ethan Hawke again. The first time you worked with him was in Daybreakers. Why was he right for this movie too?

Michael: We had such a good time making Daybreakers with Ethan, and when we initially wrote this script, we weren’t entirely sure who was going to be in it. We finished and went like, “Ethan would probably really be into this,” because we had a good sense of the type of genre stuff he likes. The thing that we were unsure about initially was who was going to play what role. We sent the script to Ethan, and Ethan wrote and he said, “Look, I’m in, just which part am I going to play?” And we were like, “We are not entirely sure yet, but we will get back to you on that.” But he did reply. He said, “Look, I love the script. I’m in. So once you know which part I’m going to play, let me know.” Then we went through the whole process of trying to figure out the other critical casting decision, which was Sarah Snook, and not just whether Sarah or whether any actress was going to play both the male and female roles. That was the really tough decision for us to make. We tossed around the idea of two actors so we have male and female playing male and female roles but then we thought, “Oh, that’s not really the most interesting.” If we could find an actress that could do both then it could be something really cool or it could completely fall apart [laughs], but it was certainly the most interesting and challenging thing to do in this movie. 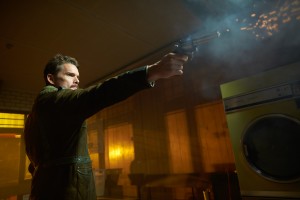 Q: You guys are twins so it’s kind of interesting working together, what’s the benefit of working with each other making films? Was it always like that or at some point did you guys decide “Okay, let’s do it together?”

Michael: I studied graphic design at interstate films so I sort of started in the film industry working in art departments. So I built sets and did all that sort of thing and we just started to merge. I guess the benefit is certainly from a writing perspective. When we start writing a screenplay, I’ll sometimes write one scene, he will write another and then we’ll merge. Having a second opinion is always so useful. The other thing we’ve done in the past was sometimes when we make a film, I’ll shoot one unit and he’ll shoot another unit at the same time. I just think sometimes that second opinion and other voice like, “Did we get it?” “Yeah, we got it. Let’s move on…” We never really fight. We grew up pretty friendly with each other [laughs] and we both love the same films so it’s influence from the same cinema. I just think it’s a pretty organic process working together.

Predestination opens in theaters and On Demand January 9th.