Japanese animation legend Hayao Miyazaki has not yet seen this film which was made by his niece’s husband, but the Oscar nominees for the short animation film “The Dam Keeper” are damn good! 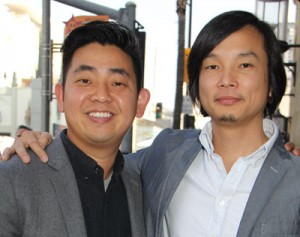 Since I have Japanese connections, I sat down with directors Robert Kondo and Daisuke “Dice” Tsutsumi before the big night. This interview is EXCLUSIVE and  especially for Anime Otaku! 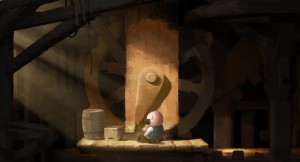 Q:  Why did you pick the characters that you did? The animation genius Miyazaki usually portrays himself as a pig and he has animation films in which pigs are playing big roles. Is this kind of an homage? Also Miyazaki used windmills in two of his films.

Daisuke Tsutsumi: We definitely weren’t thinking about Miyazaki at all, but of course working in the animation industry, there’s really nobody who’s not influenced by Miyazaki. A lot of people somehow identify their film as Miyazaki inspired and that is true. Anything we do is somewhat inspired by Miyazaki’s work. We love his work — especially me growing up in Japan because I grew up with his work. But we definitely did not talk about Miyazaki. 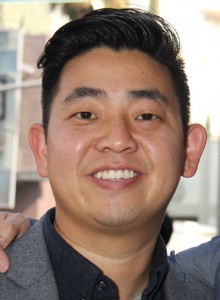 Robert Kondo: We both are very big fans and love the work he does. I really take that as a huge compliment because what I love about Miyazaki’s worlds is how fantastic yet tangible they are, how believable they are. It’s really something I think that he can spend time on in his films, really just sitting there on a shot of wind blowing in the grass and things like that. Also the pacing of his films really allows it to breathe and you just want to spend so much time in his worlds. He’s part of everything we do because we grew up with looking at his films. 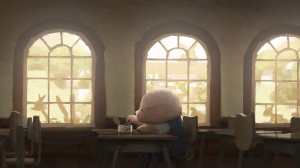 Q: How did you get the idea for this film? This film is kind of dark with a serious subject matter, bullying, which is getting to be a serious problem in the U.S.

RK: Our film didn’t start with the idea of bullying — we always wanted to do a story about this unsung hero. It’s like a lot of people in our world are people who work day in and day out to make life easier for everybody, and a lot of times their work goes unnoticed. We also wanted the world to kind of treat him in this way, this bullying thing, so we wanted to set up a world that he could change the way he sees the world vs. the world around him changing. So bullying was a great place for us to really emphasize that change for him. I think everyone knows bullying is bad but also bullying will always be a part of our world, so we really wanted to present it in such a way that it was about this kid who is getting bullied really having this understanding but learning from that day how much power he has by changing his perception. We didn’t want to make an anti-bullying film really. It’s just part of the world we see all around us. 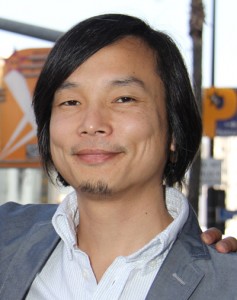 DT: I think the bullying is such a part of the life we deal with. It’s not anything new. The media in Japan or in the States might have picked up within the past 5 to 10 years but it’s just human nature. It happens to adults too. And I think we wanted to present this real social phenomena that we all deal with, whether you’re a bully or bullied or oftentimes you are a witness to the bullying phenomena that’s in front of you and maybe you did nothing. We think that it’s a very real thing that anyone can relate to. 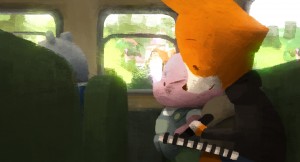 Q: This picture is like a pastel drawing, is that your style? What was the reason behind using that style?

RK: This is our first short film together — first time writing and directing together. We actually used to be art directors at Pixar animation studios. We worked on two films together while we were at Pixar: Toy Story and Monsters University. While working very closely on those two films, we sort of developed a style of painting that even within Pixar a lot of people had trouble distinguishing between my painting and Dice’s painting so it was something unique about us. Dice had also done a film for a project called Sketch Travel in which he took his paintings and in a very limited animation, moved his characters almost like a cross between animation and a children’s book. We thought, “Oh my gosh, there’s two of us! We can do twice as many frames. How cool is that?” That was really the start of this look that we wanted to pursue. 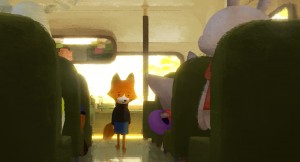 Q: How did your experiences in big movie studios in Hollywood help you create this film?

DT: Working at some of the best animation studios in the world, we learned pretty much everything about how to tell a story, how to convey a story through animated film format, and definitely everything we learned from those experiences we apply in The Dam Keeper. But also what was interesting was when we had to make our own film outside of this big giant machine, we had to learn a lot of things from scratch. So we realized working at Pixar or a place like Blue Sky it was just so much of a support system in a very good way. They make sure that it’s very hard to fail. But also it sort of blinds you from really seeing what the challenges are. It took all that we learned from Blue Sky and Pixar, all the experiences at the big studios we applied, but we had to learn a lot of things on our own. I think that’s one of the reasons why The Dam Keeper came out somewhat rough around the edges. It’s not as polished as a Pixar film, but I think people can see the passion. People can see the struggle that we went through. There’s something also nice about that too. Maybe it’s not as clean and polished, but maybe something comes across a little more raw and a little more fresh. 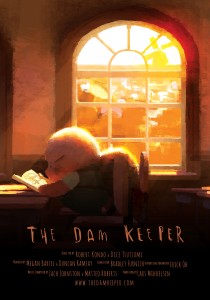 RK: I think our standards for filmmaking really came from working at the large studios with what’s really important in making a film, how you make a film, what do you value when you make a film and also writing is really rewriting. Over time hundreds of people working on this thing, all amazing people, to just make this film better and what a collaborative environment looks like and how that collaboration can add to something greater. So that’s something that we definitely adopted when we stepped out on our own to make this film. But like Dice said, the comforts of the big studio, the kind of support you have at a big studio, created a lot of great learning opportunities for us.

The Dam Keeper is out in theaters and on VOD.