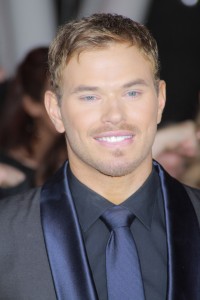 We know that Kellan Lutz has really nice, beautiful six-pack abs. In The Legend of Hercules, he shows off those abs and his great charm while proving that he can pull off Gladiator-type combat. Hercules is his dream role since childhood, so physically and mentally, he was so ready to be Hercules. Because of that, there was no feeling that he could push himself too hard while he was pumping iron. 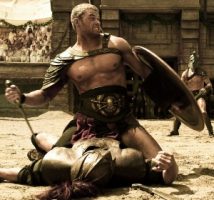 “I live an active lifestyle. I really enjoy being outdoors, and I’d rather play basketball, or snowboard… I have fun in the gym. I get creative. I compete against myself. I call it ‘funning out,’ not ‘working out.’ That’s why I choose these projects that are fun to me, that my heart’s invested in. As a little kid I had middle child syndrome. I grew up on a lot of land, with a lot of farm animals, and I had a lot of alone time. I was able to use my imagination, and create the world of Tarzan, He-Man, Hercules, and Ninja Turtles. I was playing by myself, and a lot of times my mom would come out and see the animals with paint on them, or things tied to them, or with crazy spikes on them, like dinosaurs. Hercules was always that original hero for me. And now that I’m an actor, I found this passion that I get to re-live, and fulfill this childhood dream of bringing this character to the big screen. I was very well prepared for it, because of my education, and my knowledge of Greek mythology. I had already studied a lot of it, because I enjoyed it. I really loved The Iliad and The Odyssey. I had read those before they were mandatory in school. That fantasy world was just amazing to me because they’re all myths. There’s a plethora of tales that you could bring to life about Hercules. That’s why every story can and should be different about Hercules. There’s no right or wrong answer.” 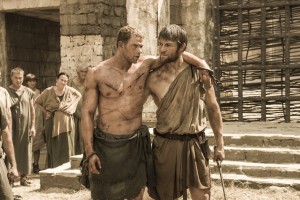 He continued to discuss how much Spartacus helped him. Yes, Liam McIntyre who played Spartacus in the TV show Spartacus is also in this film, and he gave Lutz some tips for this style of fighting.

“The funny thing, also, is that he taught me what to do with my other hand. So, as you’re stabbing people, as you’re killing people, you don’t think about this other hand. Most of the time it looks like spirit fingers. It’s not a good look, because you watch the playback, and you’re like, ‘What do I do?’ So we had a little piece of metal that we would hold in our hands like that [shows a clenched fist, as if holding on to something], because it’s kind of hard to remember to hold your hand like that, because it happens, and your body just naturally swings, and your hand turns up. But if you are holding on to something that no one else can see, then you get these strong strikes. That was a really great secret. He really helped make me Hercules. But to answer your question I was very well prepared. I didn’t feel any pressure. I was living my childhood dream. I fully embraced it.”

Lutz accomplished his dream role with Hercules and he also played Tarzan in the motion-capture animated film Tarzan. However, he still has another dream role. Yes, boys’ dreams are never ending. 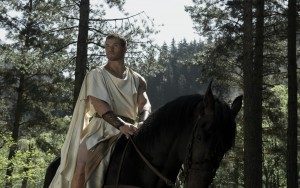 “I love He-Man, so that’s one that I would love to play. That would be again another childhood dream. I have Tarzan. I have Hercules. Let’s get the third one. I did a photo shoot years ago just being mindful that I want this and we’d give it to casting directors. I’ve been chasing Hercules for three years now I feel like. And then Aquaman, because I love water. I’ve always wanted to play the Venom Villain just because he’s awesome. He’s Venom. Then I love Jonny Quest. I love the Ninja Turtles but they already made that movie. I love Guile from Street Fighter. If they have a redo of that… I love military projects. But for me, growing up the heroes were our armed forces. My brother’s in the Marine Corps. I wanted to join the Navy Seals if I could make it. But my mother really begged me not to and I had to honor her. And now I get to play them in movies which is great. But a real-life hero that I read the book of and I’d love to do is the Josh Hamilton story. He has a book called Beyond Belief. He’s a baseball player, an amazing baseball player. But his story and the trials and tribulations that he went through… He’s just a normal dude who gets tempted and makes wrong decision after wrong decision. And he’s so blessed with his ability to play ball that he really pulled himself out of a dark place. After reading the book and just feeling so connected to it… I think Casey Affleck is writing the screenplay to that. I actually got to meet Josh through a friend of a friend, which is very random, who knows Katie, his wife, and got to meet with him in Dallas. He’s a cool dude, a really cool dude. I just love his story and his journey. So for me, he’s a hero that a lot of people can look up to as he’s a sports icon as well. To bring that story to life would be amazing.” 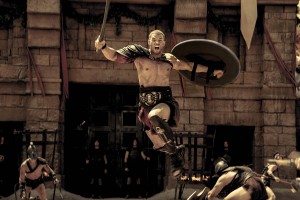