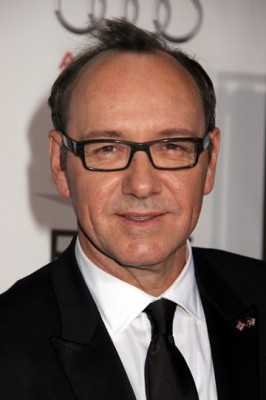 He is not your typical actor. He is not your typical movie star. The two time Academy Award winner Kevin Spacey has spent 10 years running the Old Vic Theatre in London. He sat down and talked about the fruits of his labor with WhatsUpHollywood.com, resulting in his latest documentary NOW: In the Wings on a World Stage. The film follows Spacey, Sam Mendes and the Bridge Project Company doing over 200 performances, across three continents, and revealing some of the most intimate moments behind the scenes of their staging of Richard III. The House of Card’s star talks Richard III, Frank Underwood, reteaming with American Beauty director Sam Mendes, and his process of acting on stage versus on the screen. 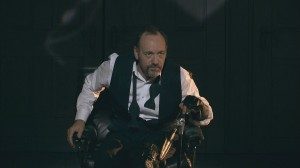 Q: I noticed there is a correlation between Richard III and Frank Underwood…

Not just a correlation, Michael Dobbs based the character of Francis on Richard III. That’s why direct address exists in House of Cards. I know a lot of people think Ferris Bueller invented direct address, but he didn’t. It was a guy named William Shakespeare, and he invented it in this play. He’s not bad, big future. He invented it in this play, and that’s why for me it’s such an amazing circumstance that I closed this play in March of 2012 at BAM, and on April 28th I started shooting House of Cards. I cannot tell you what that meant for me in terms of how I approached House of Cards.

Q: Do you think you could have done House of Cards without just coming off of doing Richard III?

I don’t think I could have done House of Cards if I hadn’t spent the last 10 years doing theatre. Absolutely. 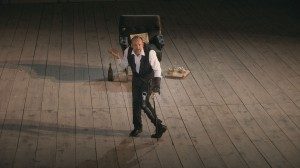 Q: What is it that attracts you to play this kind of character like Richard III or Francis Underwood?

It really wasn’t my choice to do Richard III. It was Sam’s [Mendes] choice. He really wanted to direct me in this play. I know people are always trying to connect the dots. ‘Oh, you must always like playing these kinds of characters.’ But the truth is I don’t ever play these kinds of characters in the theatre. Richard III is the first time I ever played this kind of character in the theatre, ever, in my entire life. I have always done completely different kinds of things. What I would say is there is no doubt that both of these characters are investigations into the corridors of power and to the nature of power, and that they’re both characters that have such a remarkable ability to predict the way someone will respond, that they’re able to be 16 moves ahead in a chess game, which is why generally they get what they want. And what was for me sort of incredible of having had the experience of doing Richard and then starting House of Cards was that I had been all over the world breaking the fourth wall, looking out at the audience, and talking to people, and being able to see this relationship between the character and the audience, and between Richard and the people he is telling the story to, and it was wild. 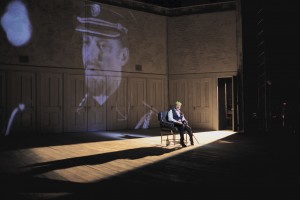 Q: You’ve worked with director Sam Mendes now on both the stage and on film. Is there a difference in his technique with actors depending on the medium?

No, it is all just the same. I suppose that goes part and parcel with the fact that I don’t think there is film acting and stage acting, I think there is just good acting and bad acting. What was great about Sam when we first worked together — even though American Beauty was his first film — he took the best of theater and applied it to making a movie. So we rehearsed it for two weeks like a play with the entire cast. Everybody was there no matter how big or small his or her parts were. We taped all the sets out on this big sound stage and we rehearsed every single scene so by the time we got to the set we knew what we were doing. We’d answered the big questions. We were ready to work and discover it on film. It’s the same process in the theater. It’s just longer, six weeks. We workshop the play, we throw it around, and we try different ways in. He’s also one of those, I would say, rare directors, who not only gives you a great direction but also knows when to give you that great direction. There are times where I would have been doing something for weeks in a particular way and then in a preview Sam would go, ‘I think tonight, why don’t you try it this way? I don’t think the way you have been doing it is right.’ And I go, ‘Well, why didn’t you fucking tell me that six weeks ago?’ Then he says, ‘It’s because you wouldn’t have been able to take the note six weeks ago. But now you can. Now you understand more than you did then.’ So it’s about a director watching how actors are developing, shifting, and changing. So when they are ready for a note, he just brilliantly gives it to you. That’s pretty good. 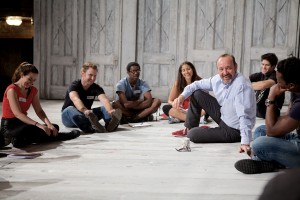 Q: Have you always approached theatre with a sense of “now-ness,” even therapeutic, being in the moment?

Yeah. I guess I could put it to you this way. One of the reasons I wanted to make the movie is because a lot of times over the last ten years people look at me like a very confused puppy. They’re like, ‘Why did you go to London and run this theatre? Why do you do theatre? Isn’t it boring? Isn’t it always the same? And, why don’t you just make movies and make money?’ Here’s what’s incredible if you’re going to make any kind of comparisons between the experiences of an actor. Theatre is organic. Film is not. Theatre is alive, and it is now, and then it’s gone. The other big thing I always remember is no matter how good I might be in a movie I’ll never be any better. It’s frozen. But in theatre, I could be better tomorrow night. I could be better the night after that. I could be better in a week. The journey you go through as an actor is incredible.

NOW: In the Wings on a World Stage is available to download in the United States and Canada along with 208 other countries on May 2nd. The theatrical opening in Los Angeles is on May 9th.