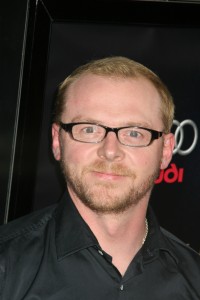 English funnyman Simon Pegg’s new film “Kill Me Three Times” is a noir thriller with a unique comic twist, with Pegg playing a hit man against a stunning Australian coastal backdrop. Pegg talks about the film’s tone and setting, his secret about smoking on screen, and his dream country to visit. 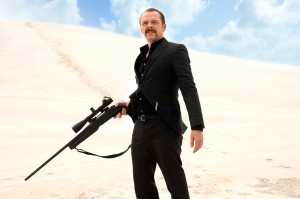 How did you decide on your approach to this role?

I don’t consider myself a comedian. I was a comedian a long time ago, but I’m an actor now, and dammit, I want to be taken seriously. But I think people who are perhaps known for comedy work well as villains because it provides an extra textural edge of likeability. You’re gonna make this person fun. Because evil is not funny. Evil is horrible. So, to soften it slightly with a degree of humor makes it something that you can enjoy and actually take pleasure in and not have to feel any kind of empathetic horror. Charlie is a professional. But there’s something in his amusement, and that’s our amusement as well. We walk into this town, this little beautiful Western Australian town, and we see this utter shambles of a community, all backstabbing and fighting and betraying each-other. And with Charlie, with the bad guy really, we all sit and go “Oh my god, this is a shit-show.” So, it was fun to play that, it was fun to be the rational, sensible side of the film, albeit … It’s a film made up of bad people.

How did shooting on location in Australia affect the film’s tone?

I liked that about the movie, that it’s essentially a film noir but shot in a place with the biggest, brightest sky on Earth. It has the tropes of the film noir, not least the femme fatale, who is ever-present in the classic film noir, but it’s just the way Kriv (Stenders, director) recontextualized it into this bright, sunny place. Very colorful, so it’s almost self-contradictory. And Sullivan (Stapleton) as well, as the kind of put-upon husband, the downtrodden guy who’s not going to take it anymore. These are characters that you know and you’ve met, and no-one’s saying that they’re not, it’s just what you do with them. And Kriv did really well. 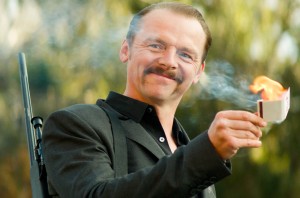 How many cigarettes did you have to smoke?

That’s a really good question, I’ve never been asked that before. They were not real, for starters, it was a lovely herbal blend. Not that kind of herbal blend [laughs]. We’d get nothing done. They were these stinking herbal cigarettes, but I used to be a smoker, so hopefully I could convey Charlie’s chain-smoking nonchalance with some degree of authenticity. But if they had been real, that would have been it. I’d have been back on them.

If you could choose any country or place to film a movie, where would that be?

One of the best things about this job is traveling, and I’ve been to many, many places. I’d love to shoot in Italy. I’ve never been to Italy, which is one of my secret shames. As a European, I should have been there and I haven’t. India. I did a lot of traveling the year before last. I went to South Africa and Shanghai and Tibet. It’s always lovely to go to new places and shoot movies. One of the great things about shooting in Western Australia, as I said, was I had never been there before, and down the coast, Margaret River, it’s just such an incredible setting. And you get to do your job, but in a whole new context, and see great stuff. There are few places on Earth I wouldn’t want to shoot, apart from dangerous places.

“Kill me Three Times” opens in theaters on April 10th.