LA Film: An interview with the man behind Big Bird and Oscar the Grouch 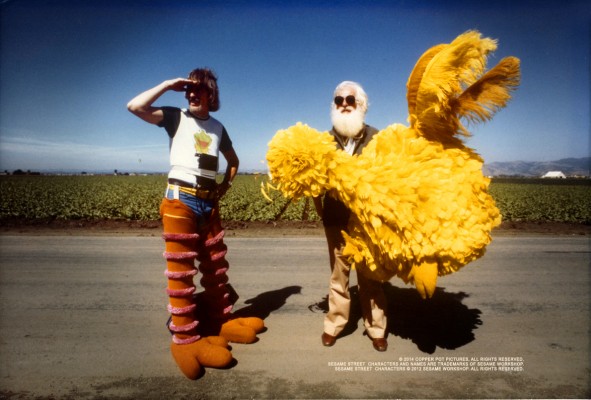 Few people know the name Caroll Spinney, but almost everyone knows the names Big Bird and Oscar the Grouch. There are few characters that are truly iconic, in every essence, and Spinney has brought to life for over 40 years a pair of characters that will live on beyond him. American culture is indebted to Spinney’s love for life which is all documented in Dave LaMattina’s film I Am Big Bird: The Caroll Spinney Story. 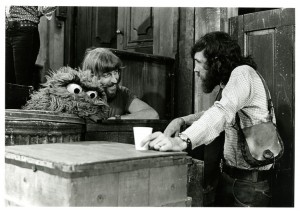 Q: Which character Big Bird or Oscar the Grouch do you enjoy playing more?

It’s hard to choose. There’s different reasons for liking each one. I think Oscar is a little bit less physically demanding and easily transportable. He rides in the overhead bin, where Big Bird requires a huge amount of money to handle him, to put him on the plane, to put together, and to be with me. I like Big Bird in some ways because he’s nice and sweet and Oscar is so negative, but on the other hand it’s fun to work with him… I’ve often been asked which I prefer most, and I can’t even choose, although I’d rather know somebody like Big Bird than Oscar, because I think he’d be difficult to live around.

Q: What was the inspiration and development of Big Bird as a character?

Big Bird was first conceived as being a big goofy guy. I thought he shouldn’t be goofy. After a good script came along which really called for him to be a child, I suggested that I play him as a child from now on. The decision was made over microphones, because the director and producers were in another room and they agreed… His [Big Bird’s] model was a character who died off with Edgar Bergen, the ventriloquist who created the character Mortimer Snerd. He was very much a yokel, but it seemed much more useful that Big Bird should be a child learning the alphabet with kids at home learning along with them. And then about 10 years ago they decided he should not be able to read yet. I said after 30 years he should be able to read. 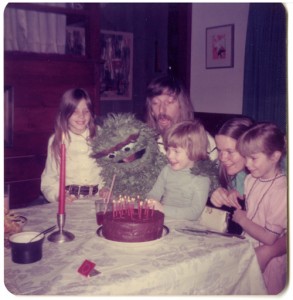 Q: What was the development of Oscar the Grouch and his color change?

The only change in Oscar really came that he was orange the first year and from the second year on he was green. It was just a vicarious decision on Jim Henson’s part. It didn’t alter work. So I think Oscar hasn’t evolved very much other than that. I had to get to know him better. He’s very grouchy, but he’s got a good heart. I think that’s the way grouches are.

Q: A very surreal moment in the film was the story of Big Bird in space. What was going on in your head when NASA approached you, and then ultimately witnessing the unfortunate disaster of the Challenger space shuttle?

I got a letter from the five astronauts who were on the ship when it blew up. I didn’t realize the danger, and I thought that naturally there would be some risk, because look at what they are doing. They have to get up to 70,000 miles an hour. I thought, “Well, how many people get that opportunity?” So I said yes, but I guess it’s a fortunate thing they found out there’s no room to put Big Bird on the plane and that’s what kept me from going. I never met the teacher who went in my place. We saw tape on the day it blew up, and we saw it go flying apart, and your scalp crawled across your head, like, “Oh my God! What have we just seen?” And I was supposed to be there, and those poor people aboard that ship. It was an incredible emotional experience. Just not being on it, I’m able to talk about it. So I think it’s sad but true. 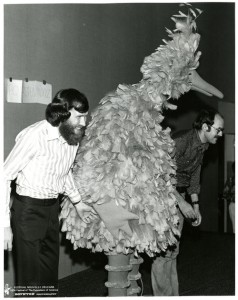 Q: How is Sesame Street different and similar today as opposed to when you first started?

In the early days it seemed a little amateurish. But, it was kind of fun, because it was a whole new way of working for Jim [Henson] and Frank [Oz], which Frank had never done voices before. His voices are fabulous. So it was incredible for the experience. It does seem different from now only because our approach seemed like it was really simple. Now it’s very complex. Almost every scene has computer generated effects and things we didn’t even know about back then.

I Am Big Bird: The Caroll Spinney Story screened at the LA Film Festival, June 14, 2014, 8:30pm in the California Plaza.