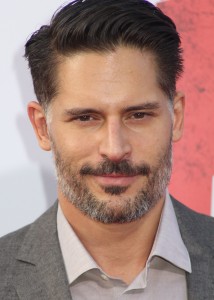 Yes, we can see many hot guys half (sometimes almost) naked with sexy dances in Magic Mike XXL! Joe Manganiello, especially, shows he has mojo in this film. The scene where he dances at a convenience store left me speechless in a way that was funny and so sexy. His old friend Matt Bomer confessed he enjoyed filming that scene so much. But Joe’s most memorable time during filming seems different from Matt’s… because he got yelled at by his woman!!

Q: What was the most memorable time during filming? 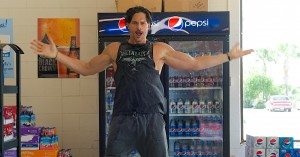 Matt Bomer: One of the fun things about doing a roadtrip movie is every day was a new adventure. We never stayed in one place for too long. One day, we’d be in Donald’s club and I’d be singing freestyle and we’d get to dance with a bunch of drag queens. It was all an adventure. For me, seeing the Mini Mart scene with Joe (Manganiello), seeing the culmination of all those years come to fruition in that moment, was so mind-blowing and epic that I just stood behind the camera wanting popcorn and carbohydrates and just thanking God. 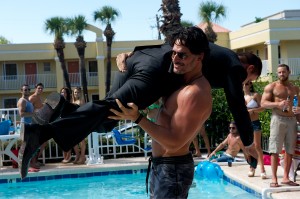 oe Manganiello: I’ve known Matt (Bomer) since he was 18 and we did come up through drama school together. We’ve done Shaw and Chekhov and Shakespeare and all of that. To come up to this moment in our career where scene one, take one, “Joe gets naked and cannon-balls Channing into a pool…” crowning achievement. That education paid off. Matt is such a humble guy and I feel like sometimes I’m Matt’s agent and I’m standing behind him being like, “Matt can sing.” We were on part one on night filming in Tampa, and Matt was at this Karaoke bar. I dared him to sing Jon Bon Jovi Blaze of Glory and he sang it so hard and hit every note, which is really difficult. A lot of people crash on the rocks of Bon Jovi songs at Karaoke bars all over the world. He killed it. He got a free bottle of water. I remember coming back and talking to Channing and Steven (Soderbergh) and saying, “You gotta make Matt sing.” So I’m so happy that the world will finally know.

Q: Were there any accidents with the dance scenes? 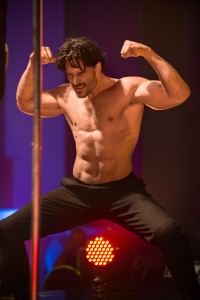 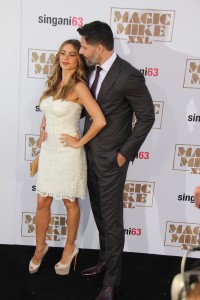 Joe: I came back out and for the next four and a half hours we did this routine that involves this sex swing and these monkey bars that I have to run and jump up on top of. My brain wouldn’t let me visualize jumping on them, it was trying to stop me, but we made it through and pats on the back, “Bro, that was amazing.” Sofia (Vergara, Joe’s fiancée) was there that day and looked at me and said, “If I see you at the fucking gym tomorrow, we’re done. I’m going to fucking leave you.”

Channing: So he hasn’t been to the gym since.

Joe: I don’t even think about gyms.

Magic Mike XXL opens in theaters on July 1st which is “International Give Your Partner a Lap Dance Day” (according to Channing Tatum).