“McFarland, USA” star Kevin Costner confesses his cultural experience: “(Quinceanera) was a real highlight for me” 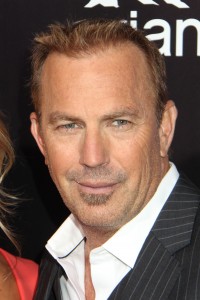 Busy actor Kevin Costner had another press conference two and a half weeks after the Black or White press conference — this time for McFarland, USA. Based on a true story, he plays Coach Jim White, a Caucasian in a Hispanic community who trains boys in cross-country running to win a state championship. Since he’s a big sports fan himself, did Kevin know this story? Did he have a coach like Jim White? What was the biggest culture shock to him throughout working on this film? He answered our questions. 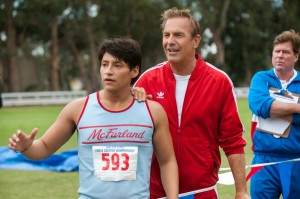 Q: Did you know about this story?

I had read the story some time ago. I’m 60, so I don’t remember how long ago I read this story [laughs]. But I had read about it in Sports Illustrated. And I remember being very taken with it. I had lived in the Central Valley in Visalia — I actually played McFarland in high school baseball. I was taken with the story, and then of course closed the page and moved on with my life. And then this movie came up. And this shining cloud Niki Caro said, “Would you be in this movie?” I mean, you might think that I get every one I want, (but) I don’t. And to be wanted, and for that to match up was really a nice thing for me, and it was a beautiful thing, actually. 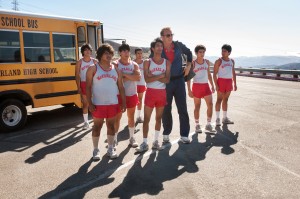 Q: Did you have a Jim White-ish coach in your life?

I’ve had two coaches. One was from Visalia, his name was Jim Barnett, a baseball coach. And he was a real help to me in a lot of ways. But there was a man that was very powerful. His name is Joe Vaughn. And he’s the winningest basketball coach in the state of California for girls’ basketball. I was the last team he coached the boys. Maybe he was sick of us. He was the kind of person… I remember I started to get in just a little bit of trouble in high school. And he just took me off to the side, and he said, “I thought you were a Jesus man.” And I remember, I just looked at him and I just started crying. It was a guy that I really respected. I felt like I had disappointed him. I kind of got my act together and instead of making that why, I came back to center. I was always listening to my father more than anyone. I was always afraid of my father more than anyone. But there’s a moment in time where other men in your life can have a huge impact. And so Joe Vaughn did. And, you almost don’t know what to say to kids because you could be dragged into court. But here’s somebody that took me around the corner and said, “Look, I think you can be better than maybe who you’re hanging out with, or maybe what you’re doing.” I remember tearing up and going, “I think I can too. Does this mean I still get to start on the team?” And he goes, “Yes, you do.” 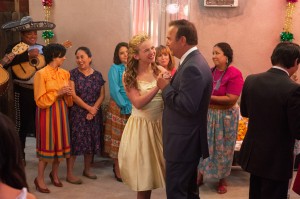 Q: This film portrays a culture gap as well as an underdog dream come true story. Since you have been to many countries, what was the biggest culture gap experience you had which you can laugh about now?

Niki made it a point to highlight that from the stuff that was painted on the walls of the first house I go into. And the little restaurant. But the Quinceanera is… I think the celebration of America is these things that our cultures bring to America, to highlight a young girl’s coming of age. I’d never been a part of that, never seen that, and yet that was a real highlight for me. It was obviously a movie moment, but to see her come out and dressed up so beautifully. And it’s the thing you want as a father; it’s the thing you are scared most of as a father. So you realize that a million Hispanic men have watched their daughters come out to celebrate this coming of age thing, and how it melds right into America. I mean, this is something that I don’t know anybody in life that doesn’t go: I want to do that for my daughter. And of course, that’s what happened. My little Caucasian daughter is in a Quinceanera. And the boys dressed up so nice and we had chickens walking around [laughs] and the lights were everywhere. It was just so lovely. It was modest, but it was a single moment, and the community rallied around that, and the neighborhood rallied around that. And then of course the architecture of the movie and then something dark happens. I just really liked all of it. Niki’s right; the kind of love that these young men and the respect that they have for their fathers, I don’t see that as much in America as you see in the Latino community, and it’s really something to behold. And so our movie was just completely peppered with that. And it would not have been appropriate without it.