“Remember” star, 87 years old, Martin Landau said about aging is “It allows me to see things a little differently than younger actors.” 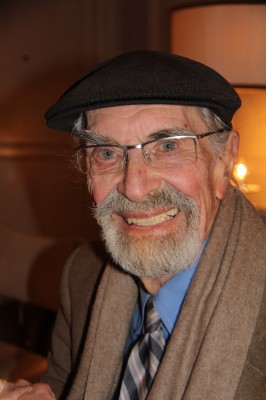 Legendary actor, Martin Landau stars senior’s antiwar movie, Remember, directed by Atom Egoyan. Like as other old people, he talks a lot but what he said was very heavy, worthy and sometime funny. Yes, we can learn so many things from Martin. 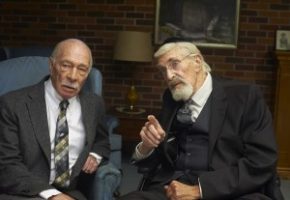 Q: What drew you towards this script?

I played c in a movie (TV Movie, Max and Helen). We shot it in Budapest. It was called–he changed the names a bit…Simon did. And I didn’t know Simon Wiesenthal, but I had to play him. I had just finished an HBO movie in this country and I flew there. He flew into Budapest from Vienna and I spent 24 hours with him. I told him jokes that were not funny, purposely. I tried to capture him. And one of the questions I’d asked him was, “If you hadn’t done this. Who would have?” He said, “No one. That’s why I did it. Everyone else wanted to forget. It was too heinous a period of time. No one wanted to go there.” He said, “I had to.” Well, I read this and Atom (Egoyan, director) called me and sent me a script. I’m probably one of the few Americans that ever spent time with him. Simon was a pain in the neck. And I say this because we’re shooting a quarry and he’s in Budapest and he says, “Wait a second. Hold it.” [mimicking Simon’s voice] That’s how he talked. He says, “This scene is all wrong. The Ukrainians had different insignia on their shoulders. Change them.” Well, the director says, “Wait a second. Change them? That means taking them off and taking–it’s going to be an hour and a half.” “I don’t care,” he said. “There are 100,000 Ukrainians in Canada alone and they’ll know it. Change it.” So, that’s how Simon talked. After I finished Rabbi Hier calls me and says, “Come to my office.” And I did. And he said, “Someone wants to talk to you.” So, he dials in the number. Calls Vienna. Simon has seen the movie with his wife. I’m waiting for the onslaught, figuring if he didn’t like it he’s going to say it was terrible. I was waiting because this is a guy who does not divide by two ever. I get on the phone he says, “Martin. I don’t know how you did it. You crawled into my skin. My wife and I saw it last night and perfect.” And I breathed again. That was probably one of the most important reviews I’ve ever gotten. So, when Atom sent this I didn’t tell him any of this. It’s the first he’s ever heard of it. But when my character says he worked for Wiesenthal and is physically unable to do it any longer, so many things in the script related back to me in certain instances. I mean, I’m not going to play Fred Astaire anymore. There are things that age too. But it resonated, and I kept thinking about this script and the ending. It’s a surprise ending which I did not see coming and all of those things. And I turned down a lot of “grunters” and I call them “grunters” because they’re the old guy who sits at the table and young people make fun of. I won’t do those. When Atom sent this to me it reverberated. I put it down, but it stayed with me. There was no doubt in my mind that I was going to do it. But it hung in my head too long. It was disturbing because it was different than almost anything.

Q: I think one of the interesting issues in terms of your character is that he always seems to have done things the right way. Working at the Simon Wiesenthal he’s pursued justice the right way. And now at the end of his life why does he choose to act this way?

There’s an element, too. I’m the only person who knows the end of the movie at the beginning of the movie. If you see it a second time you may see a couple little things here or there that you wouldn’t see the first time. A certain kinds of awareness and behaviors. So, it’s really like I’m playing two characters at once throughout the entire movie. One who knows nothing and one who knows everything. 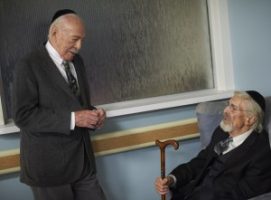 Q: How do you think the advantage of age as an actor? What did you learn from aging, what aging changed you?

It allows me to see things a little differently than younger actors. I’ve never repeated a performance. I always think of something as new and unique and different. Where people come from. What schools they went to. If they went to college. Where they went to Harvard or Northwestern. Or what church they went to or what city they went to. If you come from Boston–no “R’s”. That’s it. Those kinds of things are very important. One of the problems with writers today, I find, is that everyone sounds the same. And when you do a period piece–particularly the ’30s when people talked as opposed to dialogue. I mean Bogart (Humphrey) had a sound. Cagney (James) had a sound. Spencer Tracy had a sound. Different. They all talked differently. I run an actor’s studio on the west coast. So, I teach acting on top of everything. New York is run by Pacino (Al), Keitel (Harvey), and Ellen Burstyn. What I’m saying basically is the actor today has to do more work than he used to because he has to delineate these things that I’m talking about. You know, when you do something that’s serious and intelligent and well written and are at the mercy of people who like movies where people climb up buildings or fireballs and car chases. Once you see about five of those I think you’ve seen them all. And you give more credence to those pictures than this picture…you ask me what’s changed in me? That point of view. That too many people are writing reviews and no nothing about drama, theatre. They know nothing about Ibsen (Henrik) or Arthur Miller or Tennessee Williams, or William Shakespeare. And need to. Because that’s what this is today. Good writing needs to be talked about differently than stupid writing. Cartoons. Comic strips. This is an endeavor. This could go awry very easily because it’s so complicated. The fact that it works is something to be applauded. Because I’ve seen great scripts fall through the cracks because they’re terrible. And I’ve seen less than good scripts that become good movies. And that kind of delineation is important for people like you. Get word out there. Get people to see decent things. People are texting from room to room today. They don’t even talk to each other. Somebody out there. I’d rather talk to you on the phone and see your eyes. Anyway. That’s my answer. 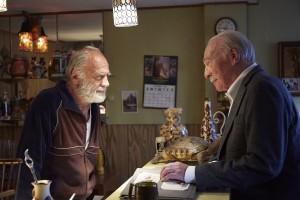 Q: How did you prepare for the role? To play a guy who’s so confined?

Well, I look forward to it. I mean I’m 87 years old. In two and a half years I’m going to be 90. I keep quoting Adolph Zukor. Someone threw a party for him. He got up and his entire speech was, “If I knew I was going to live this long I would’ve taken better care of myself.” And then he sat down.

Q: How do you feel about independent films versus studio film?

I think there has been a little more of a trend than there has been in previous years. And I think that happens by accident. A studio head doesn’t say, “Let’s do a picture with old folks.” I don’t think that happens. I think somehow a script hits and reverberates and they say, ‘Let’s try this with Jimmy Garner and Gena Rowlands in this picture about this Alzheimer’s woman. We can toss a couple million dollars into that.” Because it was great on the page. And two million dollars or three million dollars to a studio is not a lot. Even with marketing and so on. But it means a lot to an independent producer. A lot. The problem is they don’t know what to do with them. They don’t know how to market them. It’s like people aren’t reading scripts the same way that they did. If you look at 1939–people use that as a template– ten pictures were nominated and ten weren’t. But the ten who weren’t were terrific movies. And the ten that were, if you look at that list, were all character driven movies. Twenty character driven movies. It’s hard to find a character driven movie today. You talk about your parents and your grandparents–what do they go to see? There’s nothing out there. Oscar time–yeah. Fox Searchlight will have a couple. And the Weinstein Company will have a few–picking them up from different festivals. But so many fall through the cracks. They’re not seen by anybody. They’re not even DVDs. Only the ones that are seen are the possible ones that received nominations at Oscar time or SAG time or Golden Globe time. It’s sort of sad. There’s a tremendous surge around October, November, December of character driven films. A limited number of them. That’s that. This is your fee for the year. It’s like a horse. You give him some oats and you let him…we’ll see what happens. But that’s a shame. I really mean it. Because the one good thing about this film is it registers in a lot of ways. But it’s entertaining. That’s because it’s a well written script. And how joyful that is. You read Eugene O’neill and it’s a pleasure to sit down and see the pictures in your head without seeing a Eugene O’neill movie or play or anything. It’s just well written. And you can grab onto it. It’s got texture and life on the page. It’s wonderful. And half the time I read scripts and I don’t know how this got made. It’s written with a rake.

Remember is in theaters now.