So real and funny! Interviews with the cast and director of “Nebraska” 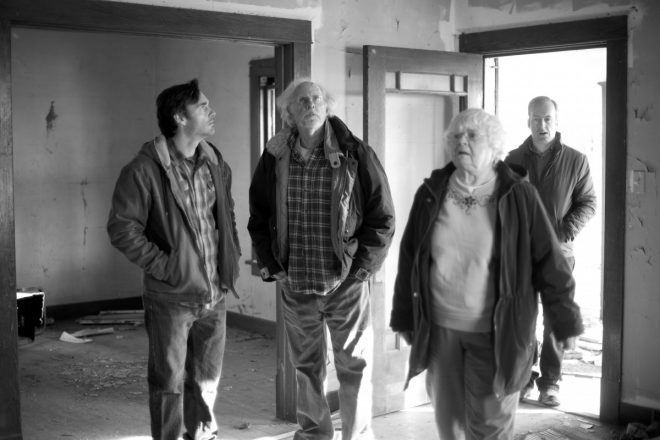 Nebraska is one of the funniest films I have ever seen. The sense of humor hit my funny bone and the actors delivered amazingly well. Also, the characters in this film are so realistic. June Squibb plays a wife who complains more than almost any other spouse in film history. Her character, Kate, seems like the female version of Woody Allen’s characters in his films. Bruce Dern, who won the Cannes Film Festival Best Actor prize for this movie, is a super stubborn senior who made me feel like I was watching my dad. 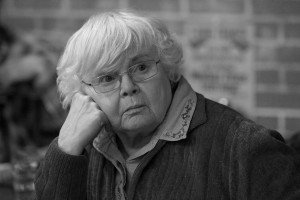 I asked Squibb how familiar her character Kate was to her.

“Well, I’m from Illinois, from the Midwest, and I saw my mother in myself. And I didn’t really think of her or my aunts when I shot it, but when I saw the film, I knew where I had gotten a lot of this. The genes were there already for an awful lot of Kate, and she’s so wonderful. Nothing is filtered. She thinks something, and it comes right out the mouth. But I know women like that. I really do.”

And how about Dern? Is he familiar with the stubbornness of his character and the people of the Midwest? 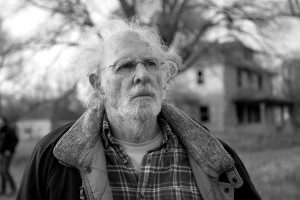 “I have people in my family, the aunts and uncles that lived out in the country, if you will. That’s when the country kind of began for me. They had a wonderful orphanage there which had the greatest name for an orphanage. It was called Orphans of the Storm. And I always thought, ‘My God, that’s where I want to be. I want to live just beyond where Orphans of the Storm is,’ because there were real folks there, dealing with real stuff. And I’m not sure the people in my family dealt with the reality as much as they should have or I should have or anybody else. But there was age in my family and my upbringing that I never got over the influence they had over me. And by age, I mean people beyond 85 that had been there. I had a great grandmother who was at the cotillion ball in Chicago when she was 18 years old in 1876. And a guy came in and stopped the ball to make an announcement because it was a military kind of thing to announce that General Custer had just been massacred at Little Bighorn. Then they just proceeded to go on and have the cotillion. That’s where I grew up.”

Nebraska is depicted in black and white, so we wondered why there is no color in this film. When director Alexander Payne read this script, did he instantly think this should be a black and white film? Payne said: 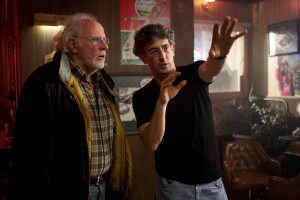 “I can’t tell you exactly why. The only way I can tell you why the film should be in black and white is that you should see the film and the film will tell you why. I mean, my mother was asking me, ‘Why are making a film in black and white?’ And my brother was saying, ‘Keep it in color so you make more money and more people see it.’ Then my mother saw it at the New York Film Festival and she goes, ‘Now I understand. It would have been stupid in color, this one.’ There’s just something about it. It’s true that as a filmmaker, as a film buff, I always wanted to make a black and white film. Black and white is king. It’s so beautiful. But somehow in this story, it came to me that it should be in black and white and that I knew it would be cheap enough. I couldn’t do it with an expensive movie in America. But with a cheap one, I thought I could do it. So it all worked out. But I wish I could give you a more substantive answer about why black and white, but just because.” 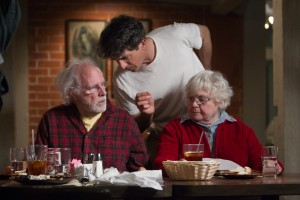