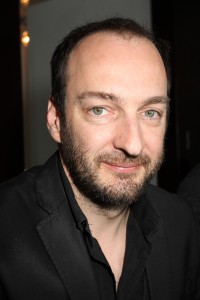 French-Canadian smash hit comedy Starbuck got attention from Hollywood at a very early stage. Because director/writer Ken Scott speaks English fluently, he already had adapted Starbuck in English for an American audience before being approached by Hollywood. What are the differences between the Hollywood remake titled The Delivery Man, and the original, considering soccer is not popular in the U.S.?

I tried to really keep away from comparing or I really went added in a way that I wanted all the different artist, actors in the movie to come from an authentic place of wanting to tell a story. And in doing so, maybe and probably, we ended up at the same place, because I think we made some pretty good decisions in the first one, but at least when you get there with the actors they know why they’re there and why they’re saying stuff in that manner, because they went through the whole process and they’re not just emulating something that has been already done. what are the differences it’s very difficult for me to say. It’s the same story basically, but a different film, and with different title.  We brought it into the American culture— the very very popular American sport, Basketball!