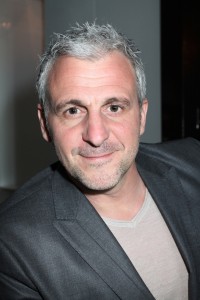 He’s 42, loves soccer, is very irresponsible, and has 533 children!

French-Canadian film Starbuck became a sensation after premiering in their native country in  2011. They received several offers from Hollywood, and later Steven Spielberg became involved in the Hollywood remake.

Actor, Patrick Huard, who plays the protagonist David, won’t be in the Hollywood remake but he is more than happy to become a father again. This film’s story touched his heart deeply, so during filming, he started feeling like he wanted to have another child, which hadn’t crossed his mind before this film. All of a sudden, he got a baby!

When I started to shoot the movie my daughter was fourteen, and I was very happy to be in a movie that she could actually watch, because the previous movies that I’ve been in I’ve been playing those very dark crazy character, drugs, drug addicts, and murderers, and stuff like that. So I was very happy. So this one is actually a character part, but it sort of changed my life.  I thought I was too old to have another child. I met this new woman and I was madly in love while I was shooting, and she was talking to me about having a kid, and I was like, I’m too old. I cannot do this, but while shooting the movie and being with all of those kids, and being that dad I just realized I missed it very much, and I wanted to do it again. So when we walked the red carpet for the premiere my wife was six months pregnant with the belly. 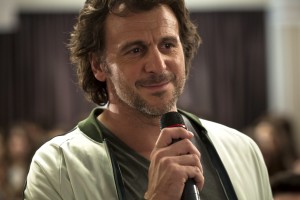