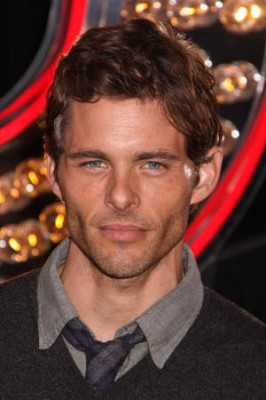 The Best of Me is based on Nicholas Sparks’ book of the same name. Yes, it is about love. First love. James Marsden plays Dawson whose younger self is played by Luke Bracey. So what are James’ thoughts about rekindling past love? What were his discussions with Luke about playing the same character? And James confesses his dream of working on a Nicholas Sparks film! 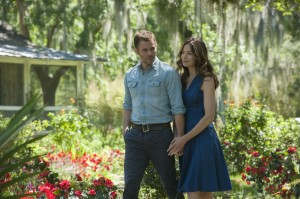 Q: Do you think that it is possible to go back to an old relationship and rekindle that?

Yeah, I think nowadays, especially with social media and how interconnected everybody is. I think it’s much easier to go back and call up your high school sweetheart, or social media [laughs] your high school sweetheart. I think you find a lot of people doing that more nowadays. I think one of the things about this movie is that we as humans, we like to look at the road not traveled and it’s easy to romanticize about what that might have been. Could your life be richer or more fulfilled had you taken a left instead of a right? And I think that’s what the movie explores. Yeah, I think nowadays, you’re maybe seeing a lot more of that. 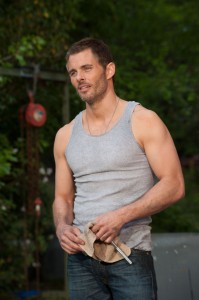 Q: Did you and Luke coordinate your performances for playing the same character at two different ages?

I kept trying to get Luke to stop working out [laughs]. I was like, “Enough already. You’re making me look bad.” I used to haze him. I’d be like, “Now, Luke, in this scene when I take a drink, I do like to put my pinkie up,” [laughs] and make him think he had to echo that. Actually Luke and Liana came in early on and did most of their work. They went in and set the characters first. So really I just sort of follow Luke. I think Michael would say he was a real advocate of getting the voice to sound similar and maybe a few mannerisms here and there. But I don’t think we also ever got too hung up on being a carbon copy of one another. But obviously Michelle said earlier that over 20 years you do change quite a bit. But again, it was a couple of weeks of rehearsal that usually on a lot of movies you don’t have the luxury to get together and work all that out. It was really helpful for us. 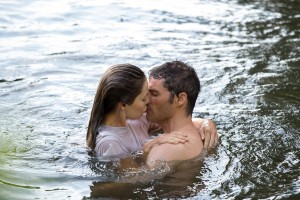 Q: What do you think about Nicholas Sparks?

I try to work my way into a Nicholas Sparks film every decade! It’s a great career move. You know what he does so wonderfully is he tells these unapologetically romantic, timeless love stories, and I think that never gets old. It’s always something that people want to see. And he does it so well. I think he keys into the desires of women and these male characters in his stories absolutely adore all these women. I think that is one of the several elements to their success. For me, it’s a nice thing to be a part of a film that’s about human connection and emotion and loss and heartache and joy and all these things that a lot of times in films nowadays you don’t get to explore if you’re wearing a superhero costume or surrounded by a giant green screen.

The Best of Me opens in theaters October 17th.