“The Best of Me” star Michelle Monaghan said: “I didn’t realize you were such a bird man” when she talked about her costume with director Michael Hoffman 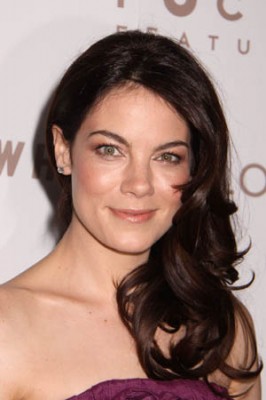 Michelle Monaghan plays Amanda, who lost her first love but still has an affair with her old boyfriend. So does Michelle believe that love can be rekindled? What emotional journey did she have in this story? And Michelle discovered new things about her director, Michael Hoffman. 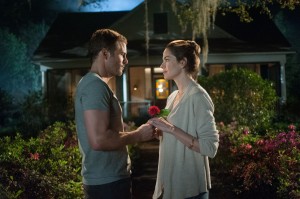 Q: Do you think it is possible to go back to an old relationship and rekindle that?

[Laughs] Well, I haven’t personally done it. Sure. Why not? I think people change over the course of their life. I don’t think you’re the same person when you were 16 or 17. People change and adapt as a result of life experience. If you have that opportunity, if you have that second chance, you might just be able to find yourself in that position to be able to do that. I’m a wishful thinker. 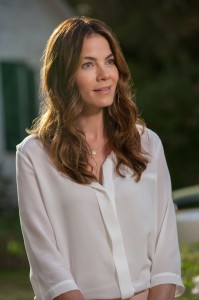 Q: Can you talk about your emotional journey in this? And what did you think when you first read the script?

When I first read the script, it really touched me. I think that’s the wonderful thing about being an actor is being able to insert yourself in a character and kind of go on this emotional journey. Whether it’s reading something that’s 300 pages or going to the theater and watching something for two hours, you’re able to kind of escape and go on this emotional journey with the character. For me, I loved this character because she was complicated and she was conflicted. I think there’s this part of her that she’s lost and from the outside she looks like she’s got the ideal life. But truly there’s something missing inside as the result of all of this life experience. So I loved what Liana (Liberato, who plays the younger version of the same character) had done in terms of her performance and what she created and established for the role. And it really allowed me the opportunity to go on this emotional journey of having to rediscover those aspects and those characteristics. So it was nice for the character to be a little lost, have a little restraint and then be able to be emotionally impactful because of being reunited and being confronted with her life and having to make some difficult decisions. 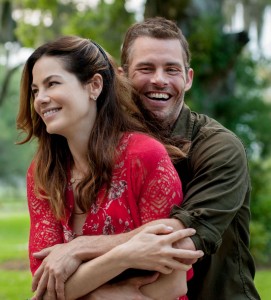 Q: Michelle and Liana had one similar dress, a red dress which the older Amanda wore after she went to the lake house with Dawson. Did you discuss the costume together?

The costume was something that we all took very seriously. Obviously they were different time periods. But there was one aspect of the costume that we wanted to make sure that we highlighted. It was the colors and the floral. 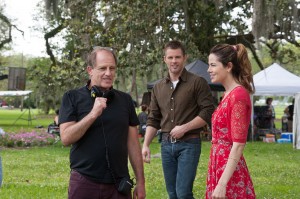 Michael Hoffman (director): I was obsessed with the way that the color red was used in the movie, and so from the beginning, I kept red very much out of the older Amanda’s world and in the older Dawson’s world. Colors really controlled the movie but also in terms of costume. So the younger Amanda is a very spirited creature and her costume is about expressing that. And when we meet the older Amanda, she is very much tied up and the sellout of her costume. Everything is much together and buttoned up. And then gradually as she meets Dawson, she begins to inhabit a creature that is more like the young Amanda. And so that red dress was a very specific choice both in terms of color and in terms of silhouette to express her coming back into herself. That’s the fun of directing. You create these worlds of Tuck’s cabin, of Tuck’s house, of the water tower. There are different bird calls in every one of those environments and only those bird calls are used in those environments. And you never really notice that if you’re watching the movie. But that’s the fun of it. Every movie in a way is a science fiction so you get to create universes. It’s exciting.

Michelle: I didn’t realize you were such a bird man.

The Best of Me opens October 17th.