The Boys is like a Shakespeare play? Chace Crawford and Claudia Doumit found a fresh angle for this superhero drama. 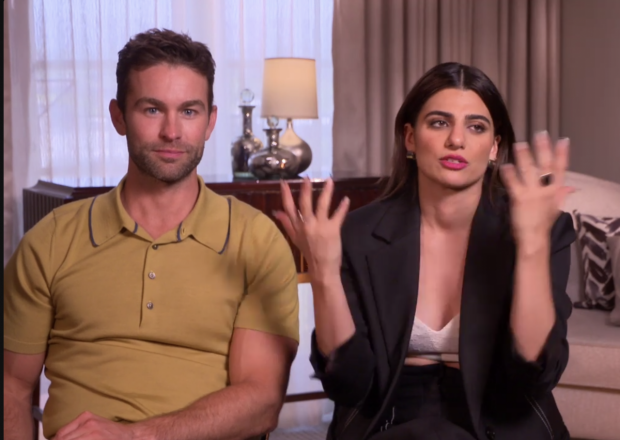 The Boys is about superheroes vs. humans. But we can see more of the humans’ dark side in the superheroes. Claudia Doumit admits, “It’s like modern day Shakespeare,” while Chace Crawford talks about fighting Covid. 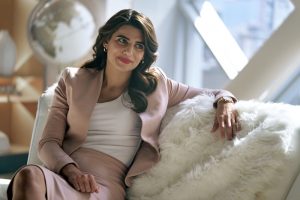 Q: What do you two think it is about The Boys that so resonates with audiences?

Chace Crawford: I think it’s like such a funny misdirection in the first episode. Because we owe a lot of credit to the Marvel movies and stuff because people are instantly thinking, oh, it must be this, sort of saying the same thing, even though it’s hard rated R. But from that opening scene, the opening episode with A-Train running through Robin (played by Jess Salgueiro), you realize that kind of encapsulates what the show is, like wow, what the fxxk, and I feel like audiences were refreshed by that, like I haven’t seen anything like this in the superhero realm before.

Q: In the show, your characters have to deal with the press, sort of like you are now, in interviews or press junkets, and getting tired of being asked the same questions, and such. Is there any sort of routine or something behind the scenes that you use to refresh yourself when dealing with media?

Chace Crawford: Well, I got some latte coming in here really soon, so that’s gonna refresh my memory. [laugh]

Claudia Doumit: I’ve got a Red Bull that I’m hiding behind Chace, that’s my refreshment. [laugh]

Claudia Doumit: And sometimes I mix the coffee with the Red Bull. Call that a heart attack. 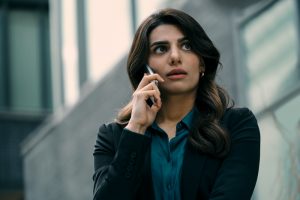 Q: Claudia, when you were first reading the scripts and you’re reading about your character and everything, what was your initial reaction to her role in this season?

Claudia Doumit: Oh, okay, in this season. I was like last season I got a hefty surprise, ‘cause I didn’t know she was a Supe. This season, I mean, every single script I get is filled with excitement and horror. So that’s kind of the reaction I always have, but it felt like such a gift this season to be able to dive into Victoria Neuman’s personal life and how that part of her world operates and functions, or dysfunctions. It was a real pleasure to be able to kind of get into her backstory and to her private life. I really enjoyed that. That’s always a gift as an actor. 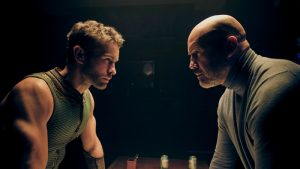 Q: For Chace, what was the hardest thing about season three?

Chace Crawford: Ooh, I mean probably first of all was COVID, so it was all locked down. We had all these new protocols, but once we got past all that, it was like, oh, thank God, we’re back on set with these people. We love everyone. It was great to be back on set. And then the challenge was sleeping at night after I shot what I shot. It’s really hard to sleep at night after I read the scripts and realized what I had to do. No, but it was probably that and just the COVID of it all, just the logistics and sort of staying in the flow while also making sure we got what we needed. But after a long 2020 it was great to be back with everyone.

The Boys Season 3 is on Prime Video. 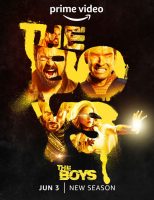