The Coen Brothers Go Folk with “Inside Llewyn Davis” trailer 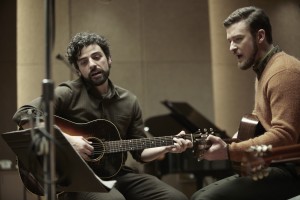 The Oscar award-winning team of Ethan and Joel Coen write and direct Inside Llewyn Davis. A young folk singer accompanied with his cat tries to make it on his terms in the harsh music business. Set under the Greenwich Village folk scene of 1961 and amidst the unforgiving New York winter, “success” is not likely to come easy.

The general sense of the trailer gives off a somber and dark tone to this drama. Even in the sight of a pregnancy there is a sense of despair and discouragement on the face of the poor folk singer. He is not a crazy cat lady. He is Llewyn Davis, the musician.

A lively cast starring Oscar Isaac, Carey Mulligan, John Goodman, Garrett Hedlund and Justin Timberlake, along with Ethan and Joel Coen at the helm, does make for a reputable crew.

Winner of the Grand Prix at the Cannes International Film Festival, CBS Films will release Inside Llewyn Davis on December 6, 2013.