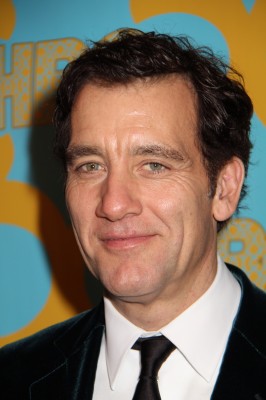 Clive Owen plays a divorced father with chronic bad luck and struggling to stay one step ahead of his inner demons in, The Confirmation.

We get Clive to share what his attraction to playing characters with skeletons in the closet is,  his reaction t0 the passing of David Bowie, and we ask one of our What’s Up Hollywood reader’s questions: If he would ever play James Bond. 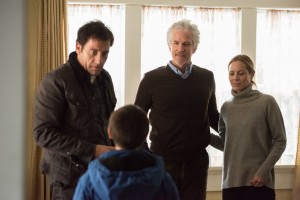 Q: You’ve played the role of an addict before. What was the difference between this one and the other addicted character you played in the past? What’s it like as an actor to play someone struggling with addiction?

I’m always attracted to characters that are in some sort of conflict or dealing with something because it’s more interesting to play. There’s always more than one thing going on. At the end of the day, it’s a human thing to play flawed because we all are flawed. There’s no such thing as a perfect human being. And that’s your job as an actor– to try and get people to understand and to relate. I’ve played some deeply flawed character but my job is to try to get people to understand why they are how they are and who they are to relate. You don’t have to condone, but you have to understand how that person is. And this is a great example of somebody who, on the surface, you might think, “This guy is a liability.” He has this drink problem; he’s irresponsible. But, actually, through the journey of the film, you see that he’s trying to be a better person and trying to be a better dad. We live in a world of many fractured families where maybe fathers don’t see enough of their kids, and, you know, life can get in the way. The problems of life, the problems of living day-to-day, the problems of making a living can make things very difficult. The beauty of this script is that none of the characters are judged; they’re all struggling with their issues, but we’re not looking down on them, we’re not condescending to them, we can see that they’re trying to get to the end of each week. I really related to that and felt that yes he’s flawed, but he’s a good guy. He’s trying to be a better man and a better father. 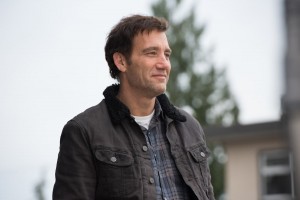 Q: What was it about this script that interested you? The Confirmation‘s director, Bob Nelson also wrote the script for Nebraska, have you had a chance to see it?

I had seen Nebraska and I really loved it. I was really taken with that film. I knew that Bob Nelson had written that. I thought it was a beautifully written script. Both films are very personal to Bob actually. They’re about his life and his relationship with his father. And I thought it was really beautiful, poignant, sad, funny, and never veered into being sentimental. I had great restraint. It was believable. And one thing that I really loved about it was that there was humanity and respect for all the characters in it. They weren’t being judged or condescended to. There was a warmth to it. And it was what you could call a feel good movie, but in a real way, not in a fake, sentimental way. 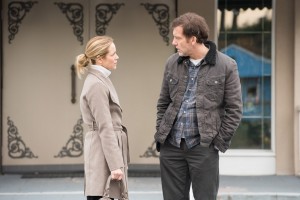 Q: Do you stay in that accent when you’re not on camera during those times?

I can. Yeah. And to be honest with you, it’s something I’ve learned and developed. I used to think it was really pretentious when people did that, but actually it’s quite important because of rhythm and tone. To switch in and out can start to get really difficult– to turn it on and off. And it’s not just the accent. It’s the tone and feel of the part, and the environment you’re in. So, I’ve gotten over my shyness over doing that and realized it was part of the job. It was a necessary thing. 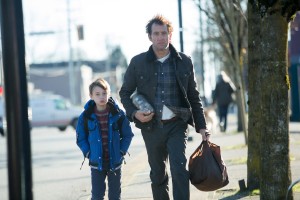 Q: I heard filming took place in Vancouver, did you manage to take any time to go out on your own and check it out? Where did you go? What did you do?

In my time off, I’ve just gotten to know Vancouver. I’ve worked there before so I knew it well. But, actually, Jaeden (Lieberher, who played his son) and I got along so well, we would just hang out on weekends. We’d go on bike rides and just basically hang out. I got an awful lot of respect for this kid, not only as an actor but as a guy as well.

Q: When and where were you when you heard David Bowie passed? 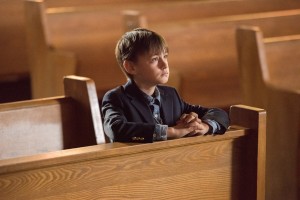 Q: Your name has been tossed around for years as a potential Bond character. At this point, do you still see that as a possibility? Have the Broccolis approached you?

No, I’ve never seen it as a possibility and I’m far too old. [laughs]

Q: Did you ever entertain the idea of playing James Bond?

The Confirmation is on theaters and VOD now.