The head of stop-motion animation studio Laika, Travis Knight, reveals behind-the-scenes story of the end credits of “The Boxtrolls” 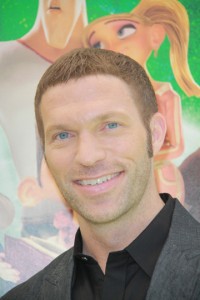 We all roughly know what it takes to create stop-motion animation. Take a pic, then move the subject a little bit, then take a pic, then move the subject… After that, when all the pics are projected on screen, it appears that the subject is moving. In the end credits of The Boxtrolls, the process is shown. The head of Laika — Travis Knight, who made this film — is in the picture during the end credits where we learn that just 10 seconds of film took several days. Travis talks about that and his patience.

Q: How much footage of film can you make per day? It seems you have lots of patience.

It certainly takes a certain kind of person. It’s funny, I don’t think of it as patience, although I think you kind of have to have that on some level, just because if you are churning out maybe 4-5 seconds of footage a week as an animator, I mean, yeah, you have to be kind of patient. If it takes you nearly ten years to make a movie, you have to be pretty patient. But I don’t see that as the foundational thing, the most important thing of what we do. For me, it is less about patience than it is about the ability to focus intensely for long periods of time. I never get bored when I am animating. It’s why maybe I get through 2-3 seconds a day. It is a constant challenge in your head. It is almost like a mathematical formula or chess game. You are always trying to figure out how to get your puppet from point A to point B, and so there are all these different bits you have got to figure out — like how their arms and legs are moving, and what is going on with the hair and what is going on with the eyes. And you have to figure all this stuff out and hit your marks. But then it can’t look like it’s mechanical. It has to feel alive and like a real living breathing thing. So it is really mentally very challenging to kind of work through all that stuff, and then it is physically demanding too because you are contorting your body on these sets in all kinds of weird positions and stuff, and you are hurting yourself and bleeding and everything else. There is always something to keep you on your toes. 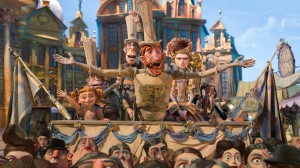 Q: Where did the idea in the credits come from?

That was me. That was the very last of the film. It is the last shot in the film, and it is the last shot that we shot. I was the last guy out there and everyone was kind of wrapping up and done and moving on to the next thing. And they are like, “Hurry up, hurry up, hurry up.” It’s funny because if you go through frame by frame, you can see those days that I had a meeting because I was wearing a collared shirt. And the days that I can focus on animating, I am wearing a t-shirt. I got more done on those days.