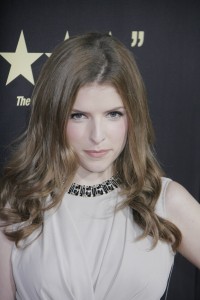 Anna Kendrick shows off her musical skills again with The Last Five Years. She plays a struggling actress who fails auditions one after another. Does movie star Anna have any similar experiences? Oh yes. She shares a horrible audition experience. And she also talks about her upcoming appearance during this year’s Oscars. 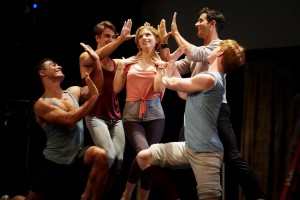 Q: What was the worst audition experience for you and how did you overcome these kinds of rejections?

There were so many terrible auditions, just too many to mention. I remember once for this movie that was mediocre at best, this screenplay that to my knowledge has never been produced, but you know you audition for things anyways because you certainly can’t turn up your nose at any work. There were all these girls and all these boys for the leads for this coming-of-age tale and the director wanted us to dance together but they brought all of us into a room. How horrifying they brought all of us into a room and we had to dance with each other in front of everyone else and then we had to perform the scenes in front of everyone else. I still think about it to this day. It’s the memory that pops up when I’m about to fall asleep and then I’m just up until 2:30 in the morning, like, oh my God, just cold sweats. So certainly the lyric “200 girls in dresses that look just like this,” I recognize myself very much in that song.

Q: How did you overcome it?

Oh, I’m just a bad bitch [laughs]. I don’t know. That’s the thing though… clearly, I don’t. I’m still up in the middle of the night thinking about it. It’s like any embarrassing experience that you have. I think it just makes you normal. I don’t feel the need to move past it because it’s a part of me. If I didn’t have those experiences, I would be unable to relate to other people because I would be like, “What do you mean you were embarrassed? Isn’t everything wonderful for you all the time?” It’s good to be humbled. Shame is good. Doubt is good. It’s healthy. 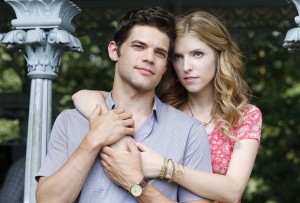 Q: You sang the song Still Hurting 17 times during filming, how did you keep the song fresh for you when you have to sing it that many times?

If I had trained at RADA (Royal Academy of Dramatic Art), I might actually be able to verbalize that kind of thing. The fact is, I didn’t. I’ve only ever learned by working, and I’ve been working ever since I was a little kid. I don’t know. To try and put it into words would be to destroy the thing. I guess you try to find the balance between going into the material and going into a personal place because you never want to pitch too much into one direction. I feel I drew a lot of energy from the support of the crew who were unbelievably compassionate and understanding, and nothing gave me greater inspiration than seeing the 40-year-old dolly operator in his classic Hawaiian t-shirt listening to… he had the same earpiece in his ear that I had. I was watching his face as he counted and I could feel his body (counting the beats). So all of these people are honoring the thing you’re trying to do and that gives you an unbelievable reserve of energy. 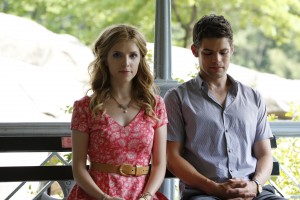 Q: Can you talk about your Oscar performance coming up? Have you started rehearsing yet?

I have not started rehearsing. I couldn’t divulge secrets if I tried because it was described to me very vaguely. They were like, “Don’t tell anyone,” and I was like, “I don’t even know what you’re describing.” So… Sounds great. Can’t wait.

The Last Five Years opens in theaters and on demand on February 13th.