“The Skeleton Twins” stars Kristen Wiig and Bill Hader enjoyed lip-syncing in the film and singing during the press conference!

Saturday Night Live co-stars Kristen Wiig and Bill Hader play siblings in The Skeleton Twins. Their longtime friendship helped the chemistry in this comedy drama. Did they find new dimensions with each other? What does Kristen think about Bill Murray’s recommendation of her for the female version of Ghostbusters? And we were delighted that the touching but hilarious lip-sync scene from this film got a round two during the press conference! (Check out the audio below!) 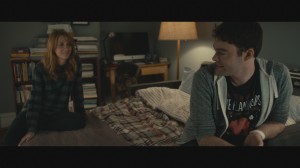 Q: You two have known each other for a long time. Did that help while working on this film?

Kristen: It absolutely helped. Bill and I’ve been friends for now, I just realized, almost 10 years. To have someone there that you’re really close to, especially someone that’s supposed to play your sibling, and to do some of those more difficult scenes as well as the comedic scenes, to know each other the way that we do, and I think that we know how the other person works and reacts, it just made it so much easier to do our own jobs. It was also great for me to watch what Bill did in this movie.

Bill: That was the thing Kristen did… There was a scene, we get in a big argument at the end of the movie in a backyard. When she came out, I had never seen her in our life, our friendship, I’d never seen her that angry. So if it was any other actor, it wouldn’t have been the same. But with her coming out, I was just legitimately reacting to her. So it was a gift that she was in the movie. 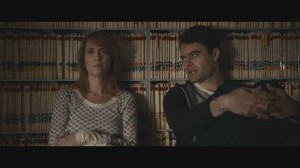 Q: Kristen, how do you feel about Bill Murray saying that you should be one of the leads in an all female reboot of Ghostbusters? And how is your career success different than what expectations were?

Kristen: I did just hear that. That’s nice because Bill Murray is a hero of mine. So if he mentioned my name then I’m happy about that. I mean, when you are trying to be an actor you don’t ever think that you’re going to end up here. I feel so lucky. I started at the Groundlings doing little shows in backyards and garages and stuff. You hope that you can make a living doing something like this but it’s always a surprise. You never expect it. I feel very lucky.

Bill: Yeah, it’s the same thing. I actually did shows in backyards too. You call your friends and say, “Will you come? It’ll be really good but you have to bring your own beer. We will not provide food. I’m very sorry and you need to be very quiet because there are no microphones. If the cops break it up, it’s your problem, man.” Being on Saturday Night Live, people would say, “Do you want to be on Saturday Night Live?” That’s like saying, “Do you want to go to Mars?” It was just never an option. Who wants to go to Mars? 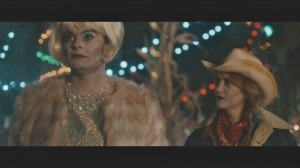 Q: Was choreography involved in the lip-syncing scene in this film? What is your personal go-to karaoke song or a good memory you have with your siblings?

Bill: That scene was a lot of fun.

Kristen: It was really fun to shoot that.

Bill: We could’ve done that all day. [Laughs] It has an emotional… it tells a story, too, which I thought was really smart. It wasn’t just a big set piece. It moves the story forward as far as where their relationship is at. Again, Craig (Johnson, director) kind of just said, “All right, you have the piano here if you want to pretend to play piano, Kristen is standing here, Luke is over there,” and he just said, “Bill, get her up and dancing. Just do whatever you have to do to get her up and dancing.” It was a lot of fun.

We’ve talked about this, our favorite (song)…

Kristen: It’s kind of hard to pick a favorite.

Bill: We like the L.A. Law theme song. [Laughs]

Kristen: I know. That’s probably the one we’ve both…

Bill: Yeah, that was a big one from our childhood.

Kristen: Because the lyrics are so fast [snapping]… 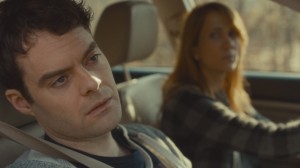 Kristen: You know them all!

Bill: Yeah. That’s one we would always sing.

The Skeleton Twins opens in theaters on September 12th.