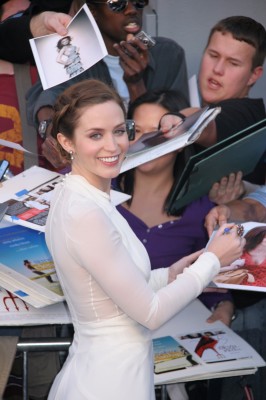 It sounds like method acting: Emily Blunt’s character in Into the Woods is the baker’s wife who really wants to have a child, but Emily herself was pregnant while she was playing that role. Emily also shows off her beautiful singing voice. How did she prepare for this role? What is her favorite Disney fairy tale? I was able to ask some questions from readers. And I also heard about her husband’s romantic dinner story! 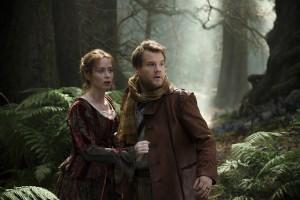 Q:  What was your preparation like for this project?

They were pretty thorough, actually. We were given five weeks of rehearsal, and even before the official rehearsal started, we had our own time. I certainly had tons of singing lessons and weeks to prepare, which was wonderful. You never normally get that on a film. When you’ve got a creative like Rob Marshall, the attention to detail is so vast. And Colleen Atwood designed the costumes, working with the D.P. on how the light was going to look and what colors were going to work. There’s so much that goes into it, before you show up on set. I think everyone felt really prepared, at the end of the five weeks, to just go in there and try to do it justice. 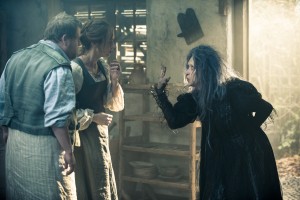 Q: And you were also pregnant during this shoot, right?

You just thought I was fat. It was not method putting on weight to play the baker’s wife. It was so much bread [laughs]. I was pregnant, yeah. I found out I was pregnant, the same week I found out I had the job. It was a predicament, for sure, but Rob Marshall was very supportive and wanted to still cast me, which was a relief. 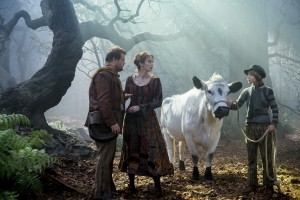 Q: Did you grow up watching Disney’s fairy tale films and who was your favorite character?

I grew up watching all of the Disney movies. I remember the first Disney movies I had were Robin Hood and The Sword in the Stone. My sister and I got one each for Christmas, and we watched them 55 times. They were so good. So, I would say, for nostalgic reasons, those two were my favorites because they were my first experience with watching Disney movies.

Q: Are you interested in being in Marvel movies, as Captain Marvel?

It’s funny ‘cause I’m hearing this Captain Marvel thing from a lot of people. I have no official offer, whatsoever. No one’s called. I don’t know where the hell it’s come from, in all honesty. For me, I just think that the part has gotta be awesome. I just want to play great parts, and it’s sometimes hard to find within those big superhero movies. The female parts are not usually great, but recently, they’ve been better. I don’t know. It has to be the right thing.

We actually did. I remember staggering out to the door when she was two weeks old and it was really nice. We went to this steakhouse that was filled with bikers in Ojai, and it was just awesome. It was great because you feel like the first three months are pretty intense. You are sort of underwater. And it is joyous. It’s wonderful, but it’s a huge change.

Into the Woods is showing currently in theaters.