“Transcendence” star Johnny Depp reveals: “Things go wrong all the time, especially between me and technology” 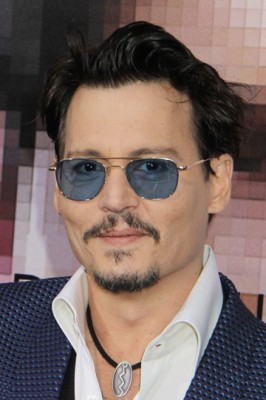 Johnny Depp is famous for wearing make-up and being interested in costumes in studio films, like in the Pirates of the Caribbean series, The Lone Ranger, Alice in Wonderland and more. However, in the new Warner Bros. film Transcendence, he looks just like himself, eyeglasses and all. Was that difficult to play for him, because he didn’t have make-up or costumes to inform his acting? 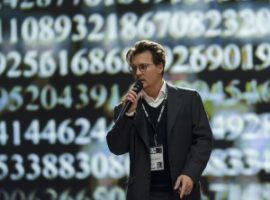 “It’s always more difficult and slightly exposing to play something that’s close to the surface, something that’s close to yourself. I always try to hide because I can’t stand the way I look, first. I think it’s important to change every time, and come up with something that’s as interesting as you can for your characters. In any case, it really depends on what the screenplay is asking of you and what your responsibility is to that character. You have the author’s intent to deal with and the filmmaker’s vision, and then you have your own wants, needs and desires for the character. It’s collaborative, but I knew right off the bat there was no need to go into pink-haired, clown nose, Ronald McDonald shoes at the same time.” 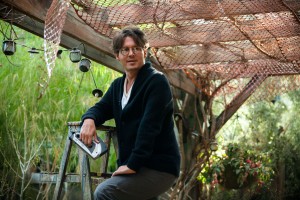 Johnny’s character Will becomes AI and then tries to control everything, even people’s lives. All he does is for his wife Evelyn. It is such a romantic gesture but it goes totally wrong and he takes it too far. Has Johnny had a similar experience where things went wrong and further than what he planned?

“So many things come into my mind. I could come up with a 45-minute doozy for you. [If I told you], we’d all go to jail. We’d all be implicated. I’ve done horrible things in my life. Things go wrong all the time, especially between me and technology. I’m not familiar with it and I’m too old school a brain and dumb to be able to figure it out. Anything I have to attack with my thumbs for any period of time makes me feel stupid. So I try to avoid it as much as possible — to protect my thumbs, of course.” 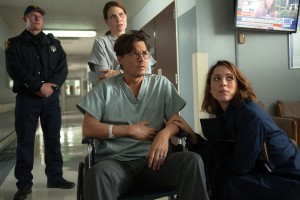 “When we were doing the film, we were all very closely mapping everything out. We wanted to make sure everything came together in the right order. Especially for Will, in terms of that map, it should be a little vague. Is he losing it? Is it like any of us? When Will is in the computer and growing in the computer with this rapid pace, growing through PINN [the primary computer system], does any bad person think they’re doing bad things? Historically, they all thought they had a pretty decent cause. A few were off by quite a lot, and they were dumb. I think Will is dedicated to the cause and maybe the power. When you realize you’re essentially God, there ain’t nothing on earth more powerful than you, you can do anything you want. You can transfer every cent from the Bank of England into an account in Syria. You can do anything you want. Will was just so focused on the cause. It’s sort of like (Argentine revolutionary) Che Guevara, you get into it, too far into it, maybe.”

Busy movie star Johnny has many film projects lined up. One of them is Black Mass which he starts to film very soon. He gave us the reason he picked the project.

“In Black Mass, I play James ‘Whitey’ Bulger. The reason to play it is obvious to me. [He’s a] fascinating character. I don’t think it’s like anything I’ve done before on that level. So I’m very excited to slide into that skin for a little bit.”