What type of mother is “Blue Jasmine” star Cate Blanchett? 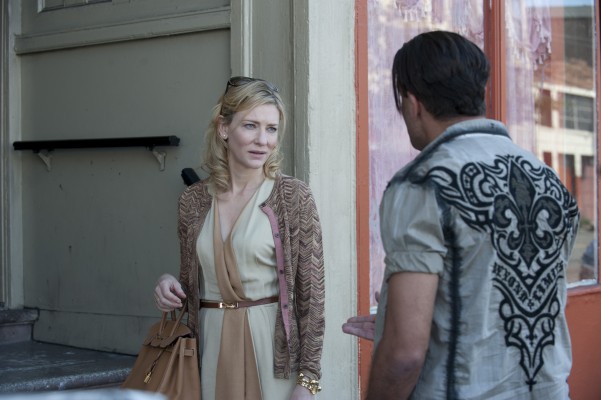 Woody Allen’s new film Blue Jasmine makes us laugh at times but it is not a comedy. When I saw this film, it made me a little depressed but I was impressed by all the actors, especially Cate Blanchett.

Blanchett plays a very broken, middle-aged woman. She has lost her husband, financial stability and even her mind sometimes. She talks to herself and daydreams. She is very drained. Is she good at switching off and on between acting and real life? Compared to her character whose own son keeps a distance from his mother, how does real-life mom Cate take care of her children? She said that she brought her kids and husband with her to the shooting location, San Francisco.

“My children were there with me, and as you know, they’re not interested whether you’re playing Blanche DuBois or Jasmine French or Richard II. They just want you to do their homework and play with them and feed them, and I find that a great leveler. It means you have to switch off. I loved San Francisco. I could live there in a heartbeat, but I was quite glad to leave, get my color done and go to New York because it was quite intense. But there was so much to do, so many lines to learn, so many situations to unravel, and so you had to just keep moving forward. But it’s probably more a question my husband could answer.”