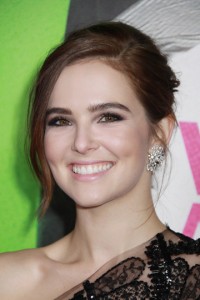 Zoey Deutch, the daughter of Back to the Future sweetheart Lea Thompson, stars in Vampire Academy as Rose who is a 17-year-old Dhampir, a non-stop talker and a fighter who is also very honest with a great loyalty to her best friend Lissa.

Is Zoey similar to her character Rose? Is the relationship of Rose and Lissa like Zoey and her real-life best friend? And how hard is it to memorize so many lines? Plus, we want to know about the experience of working with Danila Kozlovsky, the hot guy from Russia! She answered these questions and more, some of which you guys wanted us to ask her! 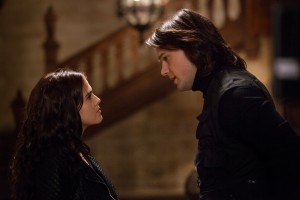 I like that Rose Hathaway is passionately curious. She’s strong willed. She’s loyal to her best friend. She’s a fighter – literally and physically. And to me, what I love the most about her is her sense of humor and that she uses it as a means of survival and as a defense mechanism. I loved that about her.

Q: What’s an important aspect of your character you want people to learn from?

I think her loyalty to her friend is a great message for young girls and actually anybody at that. I find it can get cloudy when you find someone you like and you make the wrong things a priority. I know I’ve done that. And Rose is so clear about what’s important to her and that’s Lissa. And that’s loyal. And that’s awesome. 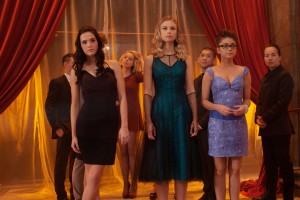 Q: Is that similar to you and your best friends?

I am not half of the friend that Rose is. No. I wouldn’t die for any of my friends except for my family. I guess the way Rose feels about her friends is how I feel about my mother and my father and my sister. I’d do anything to protect them.

Q: What makes Rose different from other female heroines?

One, I think her sense of humor. I think she’s hilarious. The actual words that come out of her mouth can be so ridiculous. I think what separates her perhaps from everybody is the fact that she is the heroine, she is the narrator, she is the hero but she makes mistakes. She’s not always right or perfect. And I loved that. You’re making the lead character in a lot of ways so human. She’s so sure about things and so strong and confident and you think, “I wish I could be like her,” and then she screws up. And I appreciate that! I find strength in that kind of vulnerability of being wrong.

Q: What is your favorite Lissa and Rose scene?

I like the opening scene where we establish Lissa and Rose’s relationship because after that things get so infiltrated by the chaos of everything going on around them. It’s nice to see them just being friends and enjoying each other’s company and seeing that bond between them.

Q: You have so much narration in this. When you first saw the script, did you think it was going to be hard?

Not necessarily how much dialogue it is, it’s actually the dialogue. The words are so wordy and specific. And what you saw was like ¾ of my stuff is cut. There’s a lot of memorizing and anyone in the cast can attest that I never flubbed on my lines, which I’m proud of. 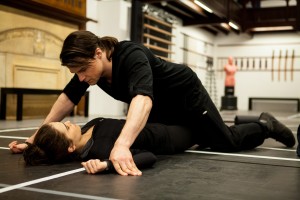 Q: You’re very kick ass in the movie. Do you think you could kick Danila’s ass in real life?

Q: Did you get to learn any Russian from Danila?

I learned a ton of curse words. I swore to Danila that I would not reveal it during the press tour. He’s like, “Oh no! I’m gonna get in trouble.”

Ah, my mom is such a professional, it’s intimidating. Every set I’ve ever worked on, there’s always someone on the crew – whether it be a grip or a sound person or a producer or a director – they always have a specific example of how kind my mother was to them, which is so awesome, especially in a business like this. And working with her was great. And we work together a lot. She helps me with a lot of my auditions. 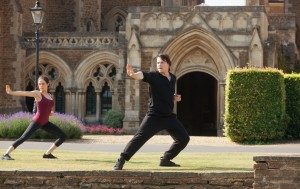