A wave out of the window to Giacun Caduff for his Oscar nominated short, “La Femme Et Le TGV” 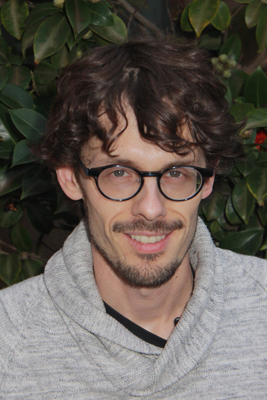 Based on a true story, La Femme Et Le TGV is a pleasant 30 minute train ride through Bern, Switzerland. The short film is nominated for an Oscar as best short film. The producer Giacun Caduff was anxious when I met with him, but hopeful that he made it this far. We touched on some of the finer tricks used to get the most out of their footage, as well as important points in the story. 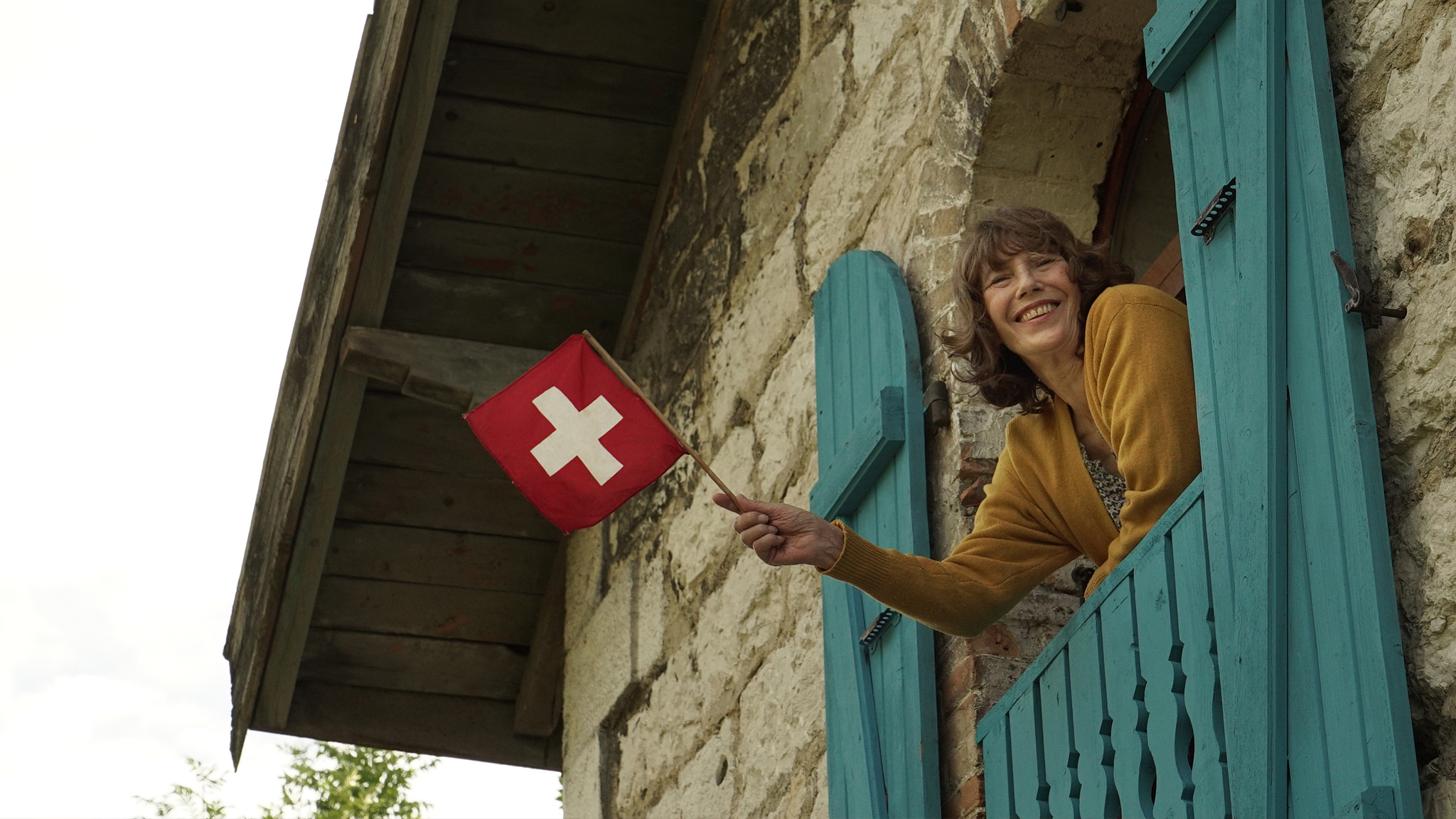 So what can you tell us about the events that inspired this story?

The director (Timo von Gunten) found a little newspaper clipping that just mentioned that this woman would no longer be able to wave at this train that she’s been waving at for maybe 15 years, multiple years. They changed the train line because it’s faster to go from Zurich to Basel to Paris instead of making its way through Bern and another city because they save (almost) an hour. He sent (the clipping) to me. At first I didn’t want to make this a short film, I wanted to make it a feature with this director. We both wanted to make a feature, but he wrote the script and it was pretty good.

The story has a really nice hook, but (Timo) wrote in some really nice sub stories. That’s how the movie then was born.

What was the significance of Balthazar the budgie?

I think Timo wrote in most of the drafts that she had a cat, but it was almost impossible to shoot. We were not sure how we were going to shoot with a cat. It’s really cute with a cat but we ended up choosing a bird because the colors ended up being very important for the movie. It’s yellow and blue, and the bird can reflect that. In a way the bird became symbolic of her loneliness, (as if) there’s someone with her, the bird. Also this is very minor subtext, but the bird will be free at the end as well as she is because Balthazar is no longer in the cage, he’s on the table at the end.

Now train a bird to be on a table, how do you do that? The very last shot there is a bird sitting on a table, but I give it to you it’s a CGI bird at the end.

How different is this short film compared to the real story?

The real story is so different. Sonia Schmidt is a real lady and she’s not a lonely person. She has a family and there’s 15 or 20 train conductors that she’s in touch with, they’re all hanging out and having parties together, so it’s very different. The whole loneliness part is brought with the whole dying town and son story (which) are all fictional.

Was it to create a dramatic narrative for the viewer?

That’s really the story, the other thing is that is amazing is that in this element of the fast train which is this fast life. People forget that there’s some 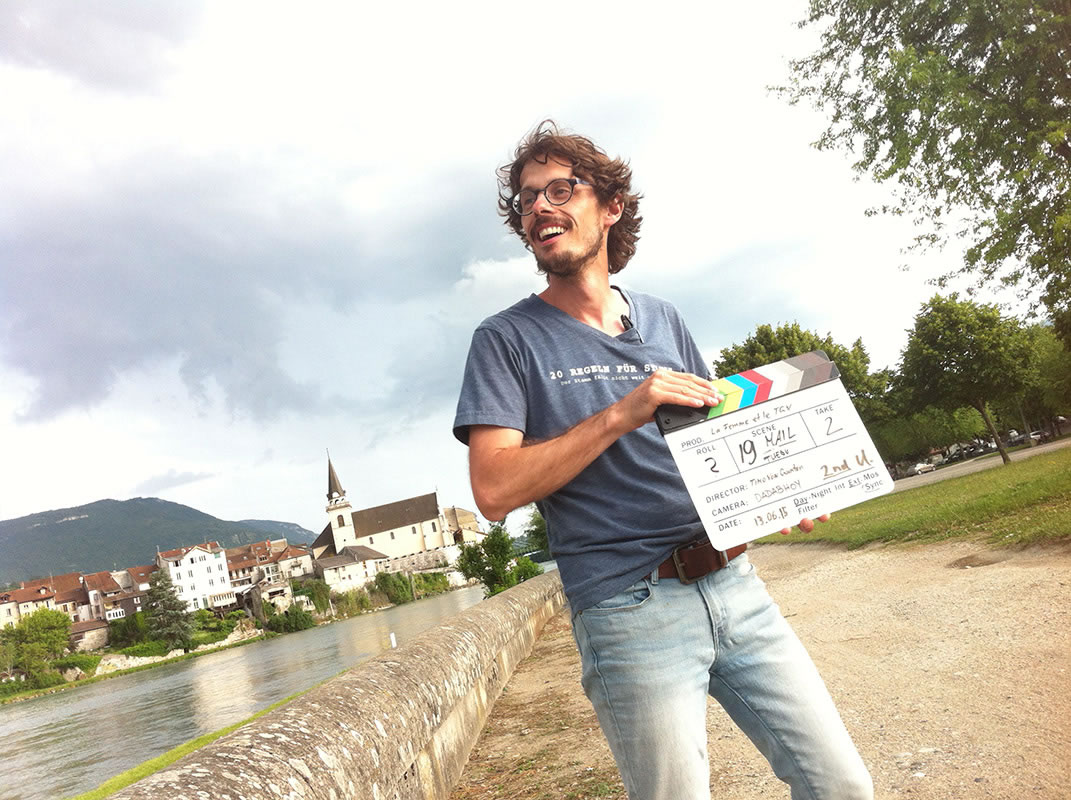 things (where) you have to have some pillars in life. You have to do something for each other, it’s very important that she waves at this train. It’s a little thing in her life, but she makes so many people happy. Now that we’re in this fast time, we forget to do something organic and special for people. I mean, we text each other all the time like, “Hi, how are you,” and send an emoji. It doesn’t compare to this unique moment of something special. I like that, but there’s a lot of invention to this story.

The funniest line in the movie is when Elise says/writes, “send an internet”. Why was her disconnect from technology important transition in the film and Elise’s character arc?

[Laughs] Well, it’s always good if you have a character who says, “I’m never going to do this.” Then at the end, you know they’re probably going to do that. If they say, “I’m never going through this door.” At the end, the character will have gone through that door. We didn’t really put it in that intentionally, it’s just this character. (I  assume) in the United States and Japan, older people tend to not understand young people and are against everything they do. It’s like, “They’re bad, they’re doing drugs, they’re doing internet.” Like it’s all bad (to them). It’s because there is no knowledge transfer between the two. If  they would (only) listen to one another. Even the young listen to the old and think, “They’re old, they don’t know anything about the internet.” If there’s exchange then you can get a whole different picture and learn something from each other.

That’s the whole thing for (Elise) at the beginning. She was just really bitter. She hated everything, like the guy parking in front of her (shop). It makes her miserable, but I think that whatever she’s doing with that guy, she’s projecting from her son, because her son is ignoring her. Then at the end, obviously she opens up and she gets the guy she hated so much, actually becomes the guy who works for her. The internet thing is just a funny part because now she sends and “internet” without realizing it’s called an email. It’s just funny.

How many days did you spend trying to catch passing trains?

[Laughs] We only had one day for the trains. It was kind of a challenge since we could only shoot in 7 days and we had a lot to cover. There was the first unit, (it was) one day at the house and we had about 5 cameras when the trains went by. If you really analyze the footage these shots are put in reverse so the train goes by the other way. There was so much we had to flip, like the house, and the TV reception circle thing. There’s 90 visual effects in this movie to fix the continuity. Even Jane Birkin’s (plays Elise) face we had to fix, and we asked her if it was okay to mirror it. We mirrored the entire shot of her looking the other way, because we only had one day at the house. It was the first day, but then we had a second unit that went out to pick up more shots, but there’s only 2 trains that went by the house. There weren’t many trains that went by. The second unit was super busy getting all the shots. There’s a lot of secrets, I don’t know if you want to hear them. Jane Birkin never rode the bicycle. We had a body double and she was 21 years-old. When we see her from the front, she’s attached to a trailer because she cannot ride a bicycle anymore. She is a little sick.

La Femme Et Le TGV is currently playing in select theatres in the United States and will be available for Video on Demand February 21st. For more info, visit the film’s official website at http://www.tgv-movie.com/