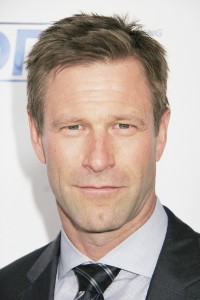 Fans of Aaron Eckhart and international intrigue can find both in “Erased”. Caught in a far reaching conspiracy involving his former employers, ex-CIA agent Ben Logan, played by Eckhart, and his estranged daughter go on the run after all the records of their existence are erased. This action thriller showcases some of Eckhart’s butt kicking moves, and he shared with us what it took to get into fighting shape.

“Well, I trained very hard. I had a French Special Forces psycho named Oliver, who I love, who’s a helicopter pilot, just an amazing dude. We fought together every single day, we did jujitsu and MMA every single day. So we would be in the park in Malibu, two grown men beating the crap out of each other, and while people are going on walks with their babies and walking their little fru fru dogs in Malibu. I have this guy in submission hold, like wrapping my legs around his, going into a leg hold. And he’s going “aahh, grrr” and he gets me like this…literally for hours. And then finally they come up and they go “excuse us, you guys can’t do that anymore here.”

Eckhart has done a variety of roles though out his long career. The only type lacking were those in historical or science fiction genres. We asked him if he has any future plans of playing in those kinds of films.

“You know, I’m kind of doing what I like to do. It’s more about the acting for me. It’s not so much the role, it’s the truth, working with the good actors and good directors because is it “Hamlet?” What are Hamlet freaking out about, his dead dad and his mom and all sort of stuff. The thing about it is in these movies because you’re looking for conflict intension and drama you’re going to run up against the same problems all the time. No matter what it is, which is death, betrayal, all the Shakespearean typical things. So it’s basically about how do you best put those into something. Historical character, I don’t care about. I’m not a recreationist, I’m not an impersonator. I’m producing a movie now that I’m going to star in called “White Cargo”. It’s about a dad again who’s with his family, his daughter who has to go into Columbia to rescue his daughter from an evil state. It’s just a hardcore kickass movie. That excites me. Because I look at it and go “ok, what are my range of emotions?” I don’t want to play straight in the middle. I want to play the edges. I wasn’t to go from here to here to here. So that’s really what excites me when looking at a script. The role so much or the significance of the role like playing Abraham Lincoln or something like that just doesn’t resonate with me. I guess the first image coming into my mind is emotions, what do I get to play, the colors, the flavors, and who do I get to play with.” 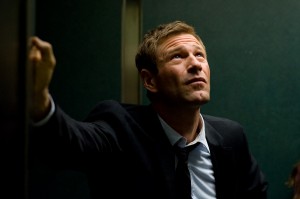 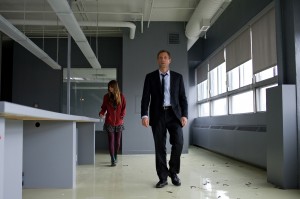