“Alive and Kicking”, The Stars are no longer the only ones dancing 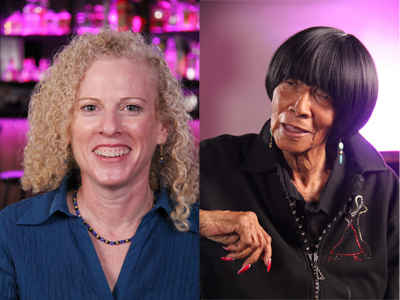 Since I am huge fan of Lindy Hop, an American dance style that derived from Harlem in the 1920’s and 1930’s,  I could not resist the opportunity to cover this fantastic film, Alive and Kicking. Not only is this film wildly entertaining, it details the world of Lindy Hop and provides an upbeat showcase on why this dance creates a healthy life and even been tagged as providing  world peace.

A friend of mine suffers from Gout (a disease associated with Arthritis) and after doing some research on the internet he came across some articles of people who were using dance to help with their symptoms similar to his. He started to integrate dance into his lifestyle and his symptom started to diminish and almost completely disappeared. He found social dance is the best medicine for gout (thanks for the internet). Lindy Hop is a fast paced condensed cardio workout that you almost don’t even realize you are doing because you are having so much fun. What you do in four minutes on the dance floor often surpasses what most people do in a 15-20 minute workout in the gym. 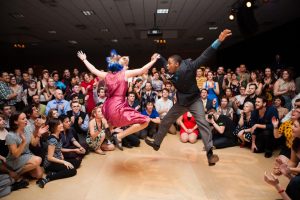 For seniors, dance has another important benefit;  It keeps your brain sharp. In fact, has such beneficial effects on the brain that it is now being used to treat people with Parkinson’s disease, a progressive neurological movement disorder.

I had a chance to sit down the director and producer of the film, Suzan Glatzer as well as the legendary Lindy Hop dancer, Norma Miller.

Q: Susan, when did you know it was time to transition from studio executive and direct a documentary?

Susan Glatzer: No, I never thought I would be director. This was absolutely not a career decision. I was always a swing dancer, and I just thought someone should make this movie. So I thought, “Well I have friends who like are really good directors that have been Oscar nominated and won Oscars and things like that. I’ll have them make this movie for me. And I’ll produce it or something like that. And I took friend of mine to some swing events and she was just blown away, and said, “This is amazing, but I am really busy until June, so I can’t do anything until then… so I started shooting to put a sizzle reel together and then her schedule got pushed back, so I kept shooting and I just kind fell into it. But I’m kind of glad at the end of the day that I ended up directing because I think that there were some things that I wanted to say not only just about swing dancing but about society today that I have been seeing. And I wanted to find a way of incorporating it. 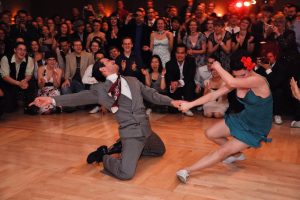 Q: Could talk more about what you wanted to say about society today through this film?

It got people to get along in a way that we don’t do anymore. Whether it’s politics or anything else. And I feel like we spend so much time isolating now and writing. You want to have opinion on something, just put it out there online, anonymously. No kind of consequence about it. And we’re getting to a point where it is dehumanizing. And what this dance does is it brings people together, it brings people together physically. They have to shut down their computer, turn off their smartphone and physically gather in a room, together with other people and share joy, and share happiness, and share their imagination. And we see in the movie, you cannot hate someone you just had a good dance with…

You can say, “Gee, I happen to disagree with you on some issues but you’re actually a kind of nice person. And we need to do more of that, and I saw that happening…But I do think this dance is healing. And it’s something we need now more than ever.

Q: How would you best describe what Lindy Hop is to our readers?

SG: I don’t think there is a high that can be better than a great dance. I’m sure. Because you are dancing and you are interpreting the music with a partner. And when you get connected, when you feel that connection with that other person. It’s like you are listening the same way. You are listening, you are hearing it the same way. And you are anticipating, and you are moving as one. You are just floating on air, you are floating on air. And you know the thing is, you could have that a couple times a night. You’ll dance with maybe 20, 25 people. It’s like you dance with that person, and maybe you’ll do a couple more dances with that person. But you go off and you want to dance with everybody because everybody has a different interpretation. But I am just speaking as a social dancer, because the movie talks about the professional side as well as the social side. And on the social side, anybody can do this. Anybody can, and at any age, any race, any size. There are people who are 400 pounds and they glide on their toes. It doesn’t matter, it doesn’t matter how big, small, old you are, anything. But it’s open to everyone and everyone is welcome.

Q: What did you ladies discover through this project?

NM: Well somebody’s keeping dancing alive, that’s what I see at least. What you are doing here, now, to me it’s going to be a jumpstart in dancing. Because something has got to pump new blood into it some kind of way. And if nothing else, Susan, you pumped some new blood into this thing.

SG: Well, with the help of somebody like Norma, that’s kind of easy to do. One of the things I got was meeting and getting to know some of the most incredible people of my life.

Alive and Kicking is on theater and VOD now. For more info, visit the film’s official website at http://www.magpictures.com/aliveandkicking/