“All the Money in the World” star, Christopher Plummer shares how Ridley Scott got him without a ransom 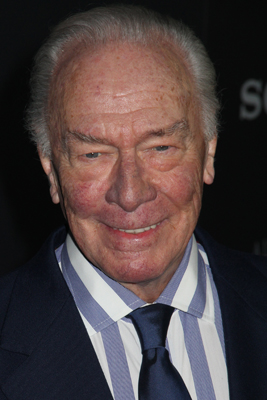 It was surprising news for all of us that famed Director, Ridley Scott announced a complete reshoot of all the scenes done with one of the main characters in the film, All the Money in the World. The film was originally shot with actor Kevin Spacey playing billionaire Jean Paul Getty. As the news broke of Spacey being accused of sexual misconduct and harassment from multiple accusers, several entities announced they were parting ways with Spacey, the film being one of them. 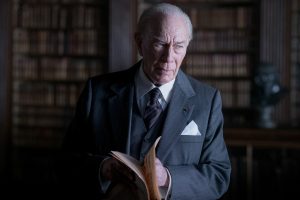 With the adage, the show must go on, it did. The film replaced Spacey with Hollywood vet Christopher Plummer and ironically watching Plummer excel in this role, it seems completely unimaginable that Spacey was ever cast to begin with.

The bottom line is Christopher Plummer is Jean Paul Getty. He has the presence and power that you can literally feel from him through the screen.

Plummer shares how this all took place and what it was like working with the cast who had to reshoot an entire film. 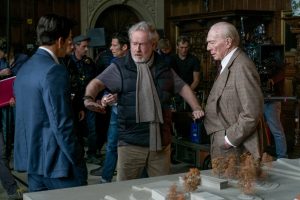 Q: What was the meeting like with Ridley Scott who offered you a leading role with the set of circumstances that surrounded the recast?

Ridley flew all the way from London to see me. Unbelievable. Even if I didn’t want to do it, I would’ve done it. [laughs] Just for that.

Q: An instant yes once you had read the script?

I honestly think I would’ve done it. For years, I’ve been wanting to work with Ridley. I’m not saying that so I can get another job. But really, seriously, because I admire his work tremendously. I would have probably done it for him, even if loathed the script. But I must congratulate the writer. I really did rely on him because I didn’t have any preparation at all. Ridley’s job seemed to be to make me as confident and as comfortable as possible which he did miraculously. Mostly because of his outrageous sense of humor that will calm anybody down, and David’s (Scarpa) wonderful script of which I relied on thoroughly having made no pretenses at research. And there were so many lovely colors in the character as written that I thought, no, this is not just a monotonous monologue, page after page. There’s an awful lot to evaluate. 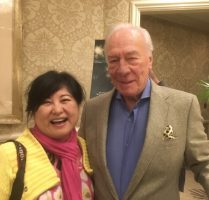 Q: Would you say this unique situation; the time constraint was that a source of stress or did you kind of thrive on that?

You thrive on it. First of all, if you love your profession, which Ridley obviously does, and I certainly do. You welcome challenges and stress more than anything else. Why do we wait to play King Lear, for example? Because there’s nothing like it ever written before and it’s not because we think we’re going to be marvelous. Well that’s a lie of course. [laughs] But that way we are going to feed ourselves with all this kind of hungry searching feelings that we have in this profession at all. I love the theater because I get a response from the audience and you certainly learn from the audience whether you’re good or not. All those things are answered.