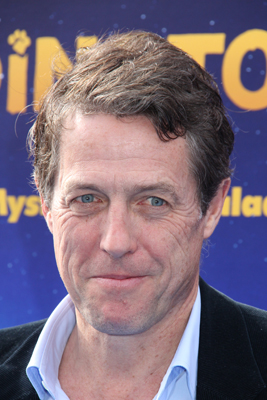 Over the years, Hugh Grant has given fans a lot of laughter and there was no shortage of it at the press conference for Paddington 2. 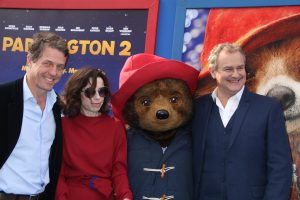 Q: Was doing an animation comedy film more fun or more of a challenge going so far over the top?

I didn’t realize I was over the top actually. [laughs] Yes, it was fun. I have almost bottomless reservoirs of what Phoenix (Phoenix Bucanan, his character) has, self-regard, paranoia, loathing, all these things. It was lovely to just wait around in them like that and if I ever actually tried to be a little subtle or to try and find a good psychological motivation for something I said or did, a poll soon poo poo’d that. He wasn’t interested in those things, just cheap laughs really. 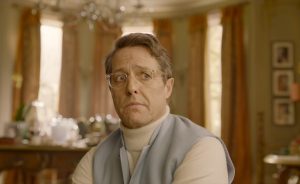 Q: You play many characters this one movie, and in your career, you’ve played many roles. What is your favorite character you have played and the reason? Do you have a bucket list for any future roles/characters you have in mind?

It’s very nice of you to say I’ve played lots of roles when we all know I’ve really only played one. [laughs] Two now. Did you say which one I enjoyed playing?  I’ve not enjoyed any of that I hate my job. So that’s a simple answer and is there something I’d like to play? No, no, I’m afraid not. I always hope that the phone will not ring.

Q: How have kids have reacted to you since you helped imprison Paddington? Have you had any interactions with kids giving you a piece of their mind. Also, did you base your character on any actors that you know?

I have had trouble with children since the film. On most nights, my house is staked out by children carrying flares. But, luckily, I’m quite well armed. We’ve dealt with the situation. On the whole, no children quite like it. The only child I’ve met who hasn’t loved the film, and me frankly, is my son. One of my sons who I took him to see the film in a preview with about 100 of his friends and they all adored it and he sat there stony faced throughout the whole thing saying “why are you in it so much?”. So that was a sad for me. 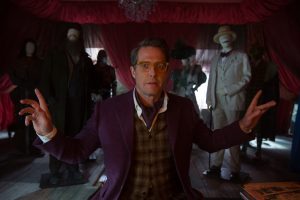 Q: Did you base it on any or all actor friends?

It is a bit of me. But I did my earliest jobs were in the theater and provincial theater England and there were wonderful old boys who were like that. Still, in 1983, wearing greasepaint makeup and doing voice exercises before the show.