“Allied” star, Marion Cotillard gives us a peak behind the scenes to the guns, the wardrobe, and yes, Brad Pitt. 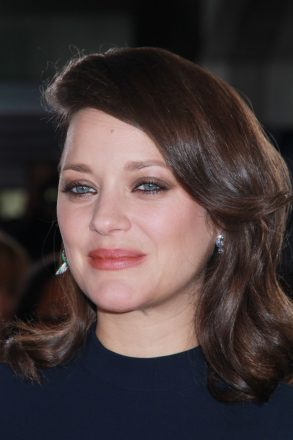 In Marion Cotillard’s next big film, Allied she plays Marianne Beauséjour, a German sleeper agent in WWII who had a fondness for machine guns and intelligence officers. Cotillard shares what it was like working with old machine guns when she hates guns, her wardrobe, and her experience of  filming  intimate scenes with Brad Pitt. Also, how she she recalls teaching Brad Pitt as much French as possible and how difficult it was. 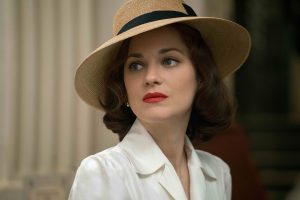 What was it like preparing to play such a complex character?

Well, because of the complexity of the feelings, of the story, we talked about it, and it was a great time to share what we thought we really wanted to tell. (It) is basically a love story. I read the script four years ago or something like that. It was a long time ago. My agent gave it to me and I thought it was such a beautiful story. It was entertaining and at the same time, super deep and super powerful. I was waiting for it to be made. When I read the script for the first time I didn’t hear of Bob (Zemeckis, director) or Brad (Pitt, played husband, Max Vatan) and I was so happy a few years later when they contacted me asking me to be part of the project.  I like the fact that it’s very strong and a deep story, and the fact that it’s so entertaining. 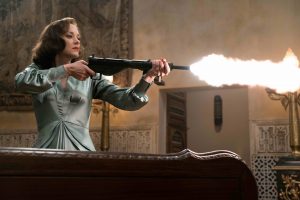 What was it like filming the scene of you shooting the machine guns when you have said you despise guns. Also, what direction did Robert Zemeckis give you?

He asked me to love the guns. Because he knew I hate guns, and he could see it. I trained before we started shooting with the guns, and I was pretty good at it. It took only one day. By the end of this one day, and it was not even a (full) day, I was very comfortable with the gun. I thought that was it, but I still didn’t love the gun [laughs].

I should’ve trained the day before, because I freaked out. Honestly, I knew I would be discovered as a very non-lover of guns and not very good with them. Of course, he [points to Zemeckis] saw it in one or two takes. He came to me and said, “Okay, let’s take a break, let’s take like 30 minutes and practice again. But the most important thing is that you need to not see that you don’t like guns. Pretend you like them.” I was kind of relieved that I had this time, because I was sweating. You have to be fast and blah, blah, blah in this half hour training. 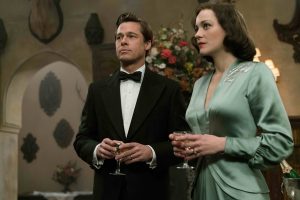 How was it dressing for that period of wardrobe?

I loved it. Most of the films I do, I wear terrible clothes but it’s good. Great clothes for the role, but I never had to be a princess in this movie. I never dreamt to be a princess in my life, I dreamt to be an actress. But I dreamt of being princesses in glamorous movies. I was a big fan of that era of movies. I dreamt of watching these movies, and when we started working with Joanna Johnston (costume designer) I found out she would make most of the clothes on me. She has this talent – that’s why she’s an amazing costume designer – because we had long conversations about the length and the material tells a lot about the personality of the character. That’s what’s amazing about that job, designing clothes for a movie, because you can really put little touches of emotion, feelings of strength, of depth in the clothes you make. Bob and Joanna (have been) working together for years and she knows exactly what he wants, she knows his sense of glamour and civility. We had several fittings and each time we would go there I was so happy to see the process of more than just clothes, but emotion, strength, and power coming together in such amazing and beautiful outfits she created. That was a great part of the process of getting into the movie. 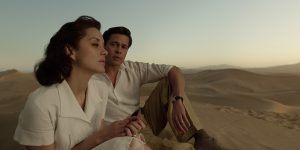 Could you talk about the car sex scene between you and Brad?

That’s the kind of scene that is not very easy, but we rehearsed and had a very determined choreography, and then it allows you freedom. When you know exactly what your body will do, then you can act. Then you can be free to give the emotion, the feelings. You won’t think, “What am I going to do next? Am I going to get on top of him?” It’s an awkward situation. It was Brad, Bob, and me in this car. It was a fake car and when we rehearsed it was like two seats, and we laughed. You need to get it out, because this is so weird. You get this time of looking at each other saying, “Okay this is so weird. Okay we’re going to do this.” When it’s decided, it’s just easy. Then you’re in the day, you’re in your character and everything happens because it’s the authenticity of the character and it becomes easy. 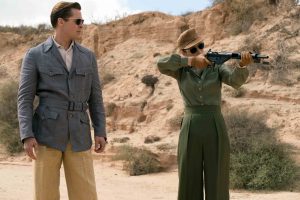 I understand it was you that helped Brad with French?

Well I know how hard it is to speak not perfectly. When you start late in your life to learn another language, you’re not familiar. When I started learning English I was 10; it’s too late. Well, it’s not too late to move to England or America and you have total immersion if you start learning English when you’re 10 or 11. If you have a teacher who (in a French accent) will teach you how to speak English like this, it’s A, too late, B it’s probably going to be a disaster if you really want to speak English really well.

When I did “Public Enemies”, my director wanted me to erase my French accent, which was not really possible in this amount of time. I worked in 4 months, 6 months, every day basically working on one sound. The R, the L. I spent hours in front of the mirror, crying, reeducating my jaw, tongue, palate, teeth, and face.

It’s an amount of work that is really crazy, and he did an amazing job because I know what it is to confuse French sounds (with) English sounds and there are certain sounds that sound the same. Even ones you never ever use. More than sound, there are places in your face and even your body and the resonance in your upper body or lower body. It’s super technical but super difficult. He had this commitment to do the best he could that was really impressive. So I helped him by being very tough. I was very honest with him. At the same time I was very impressed with him through this process that I went through, and I know how hard it is.